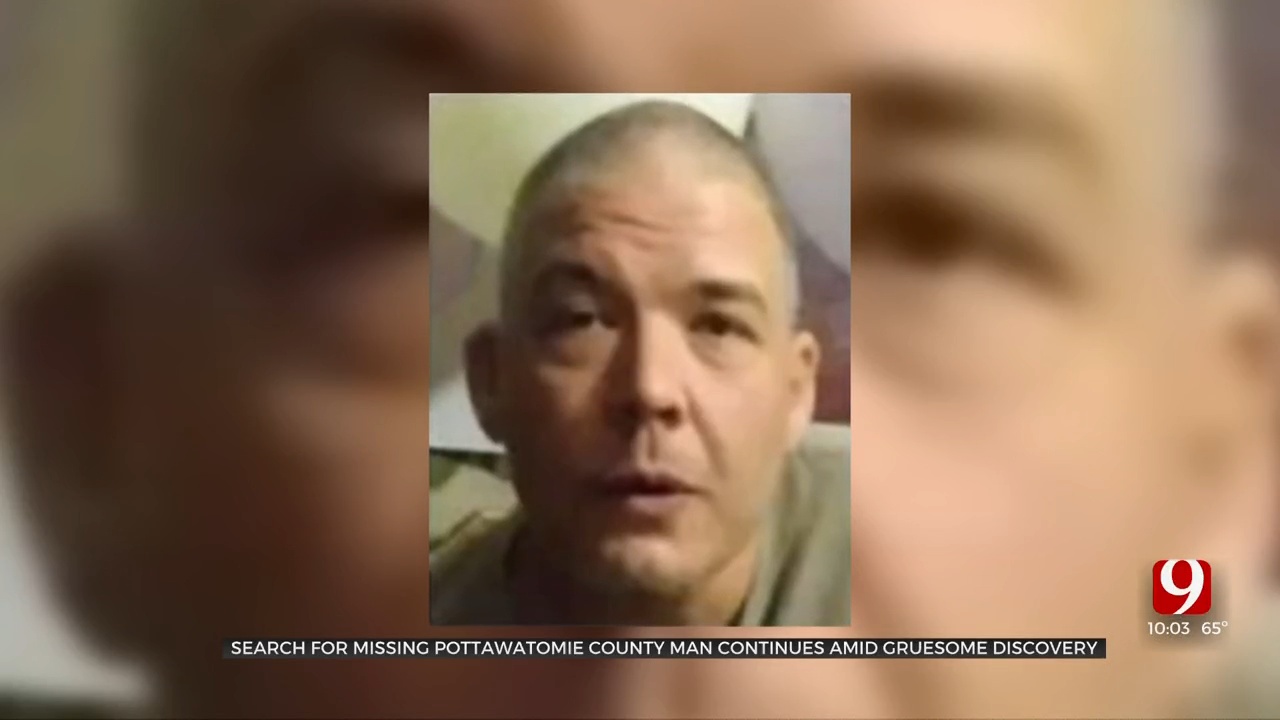 A horror scene was uncovered inside a home belonging to a missing Pottawatomie County man.

According to court filings in September, investigators went to Lloyd McLaughlin's home where they discovered a large amount of blood throughout the home. Shortly after, McLaughlin was declared missing.

“We, in conjunction with the evidence, the condition of the home, and collaboration with Miss McLaughlin, determined that Lloyd was nowhere to be found,” said Pottawatomie County Sheriff’s Office Lt. Scott Hawkins.

In a search warrant, a Pottawatomie County deputy said she went to McLaughlin’s house to serve him with a protective order filed by his wife.

“There was some threat supposedly about shooting a firearm,” said Hawkins.

The deputy said when she found the door ajar, she went inside the house after fearing it had been burglarized.

While McLaughlin, 44, was nowhere to be found the deputy "observed copious amounts of blood."

Other investigators found "blood spatter and blood smears," "bloody footprints" throughout the house, and "several kitchen and carving knives saturated with dried blood."

“I think she’s pretty upset that he’s nowhere to be found. She stated she wants to know he’s okay, despite anything that has happened in their personal relationship,” said Hawkins.

Investigators said McLaughlin has no criminal record and was working at the Walmart in Shawnee when he suddenly stopped coming to work in August.

His absence concerned his colleagues.

“They all speak very highly of him. I haven’t had one yet that has said anything negative about Lloyd as a person,” said Hawkins.

A thorough description of McLaughlin, to include unique identifiers, can be found by visiting The National Missing and Unidentified Persons System.