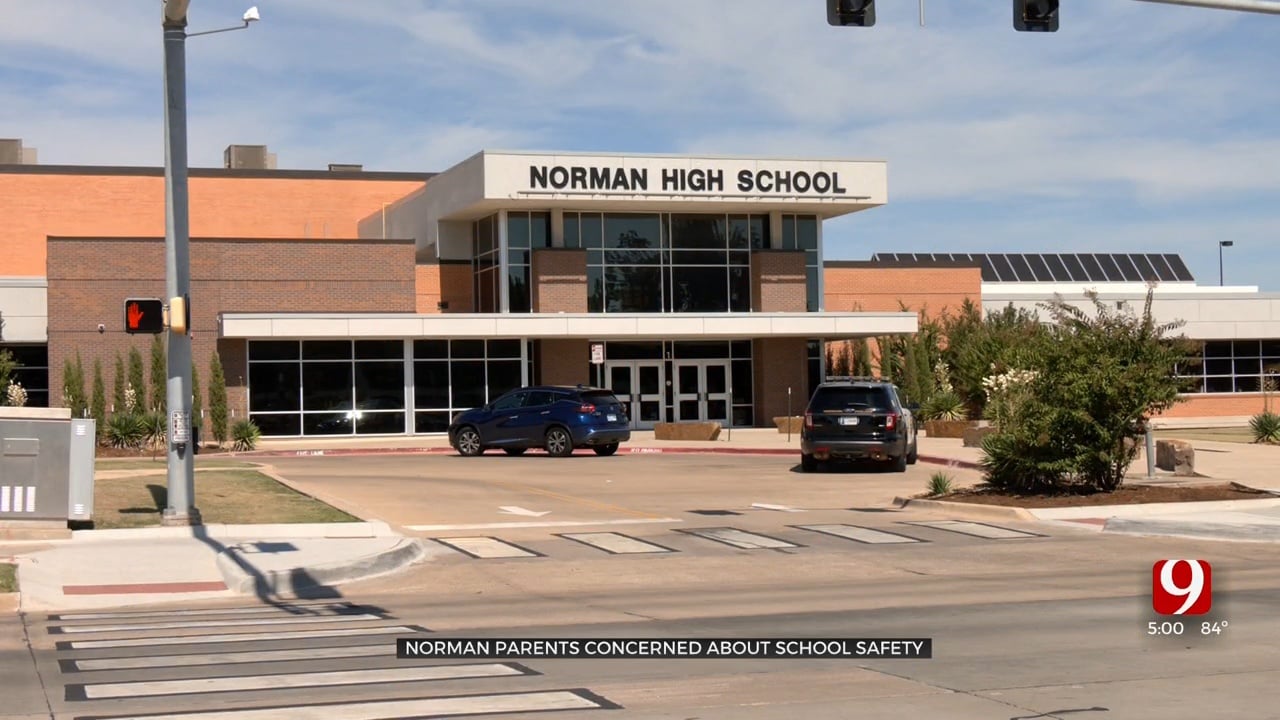 Police said they increased their presence at Norman High School on Tuesday after a student was arrested for having a gun.

In a message to parents on Monday, Norman Public Schools said Norman High School administrators found a weapon in a student's backpack and immediately called police.

The student was then taken into custody.

Monday's incident comes after the Norman Police Department investigated a school threat posted on Snapchat last month. Although the threat was not directed at Norman Public Schools, police said they did arrest a suspect.

The district did not disclose what type of weapon was in the student's backpack. Police told News 9 Tuesday that the student was arrested for possession of a firearm.

Authorities said no additional information will be released because the student is a juvenile.

As a precaution, the Norman Police Department increased its presence at the high school on Tuesday.

District officials said it did not have an update on the incident, but in Monday's message to parents, the district said more details will be shared when they become available.

Myelia Zachary, a mother of a child who attends Norman High School, said she felt all types of emotions when she heard about the gun.

"I mean, I was scared,” Zachary said. “I'm upset. I'm confused, relieved because it could have definitely been worse.”

Zachary believes more should be done to prevent weapons in schools, such as having metal detectors.

Morgan Kohout, a mother of several kids in the district, said she always talks with her oldest child - a Norman North High School student - when something like this happens.

"Every time, he's shocked,” Kohout said. “Just being a student in high school these days, you go through a lot of issues and things like this that. As a parent, you don't expect your kid to have to deal with when you send them to school each morning.”

The Norman Police Department said it has eight school resource officers, led by a lieutenant, covering the district.

The school district encourages people to “see something, say something.” People can make anonymous reports by calling Norman Crimestoppers at 405-366-STOP or send tips online by filling out this form.