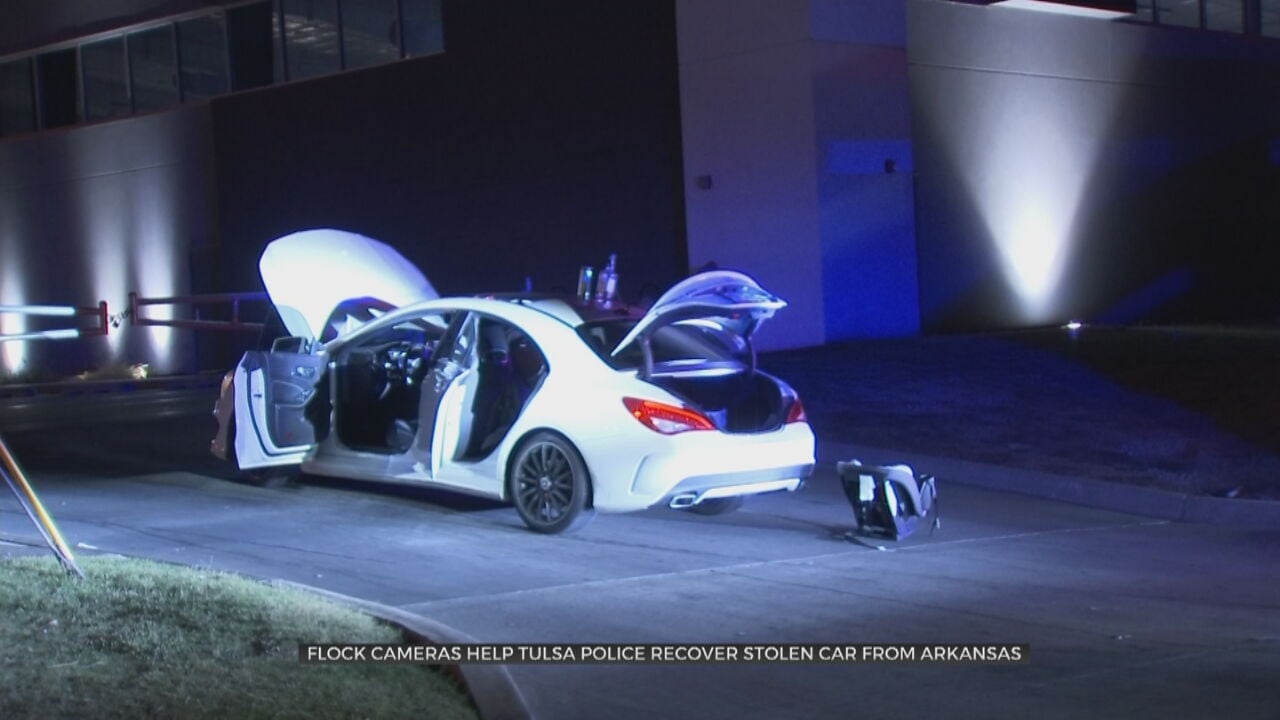 Tulsa Police say its new flock cameras helped officers catch two teens who were joyriding in a car that was stolen from Arkansas.

Officers say they got the notification from the camera that a stolen Mercedes drove past one of the flock cameras just after midnight. Police say they were able to find the car in about four minutes.

Officers arrested a 14-year-old driver and a 17-year-old girl who they say both knew the car was stolen.

Police say they think they were drinking and joyriding because they found liquor in the car.

Police say the owner of the car in Arkansas will be notified so they can pick up their car.