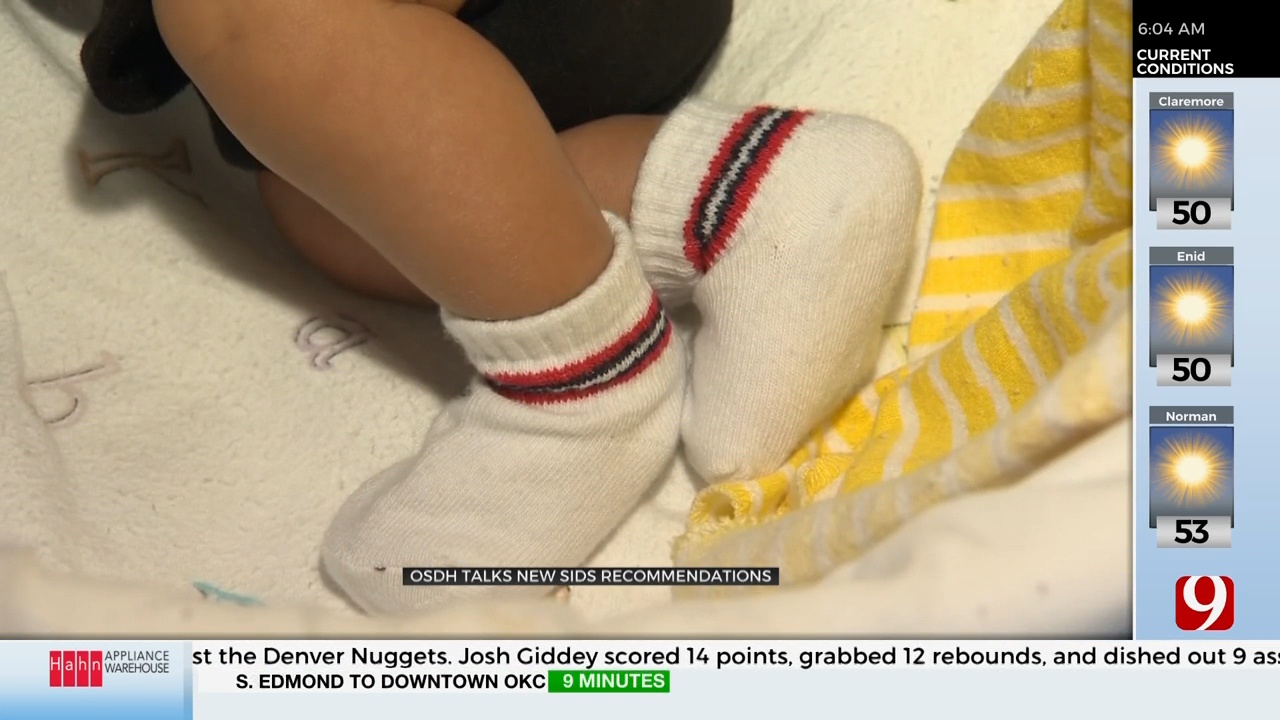 The American Academy of Pediatrics has released updated Sudden Infant Death Syndrome Guidelines. The last update was in 2016, according to the AAP.

According to the Oklahoma State Department of Health, SIDS remains one of the top three causes of infant deaths in Oklahoma.

The AAP recommends infants from 0-6 months sleep close to their parents in a crib or bassinet by the bed. Babies should also sleep wearing a onesie or wearable blanket,. Avoid anything in the space like pillows, blankets, or loose sheets. Health officials recommend parents and guardians avoid using monitors placed on a baby’s foot.

James Craig, the infant sleep coordinator with the Oklahoma State Department of Health said parents should keep it simple when practicing sleep habits with an infant .

“We use the A-B-C method: A stand for alone, B stands for back and C stands for in the crib. A sleep space with a firm mattress is what you really want to do, avoid adult beds, couches and armchairs.”

Craig said even though the most critical time for babies is between 0-3 months, it is a problem for babies their entire first year.