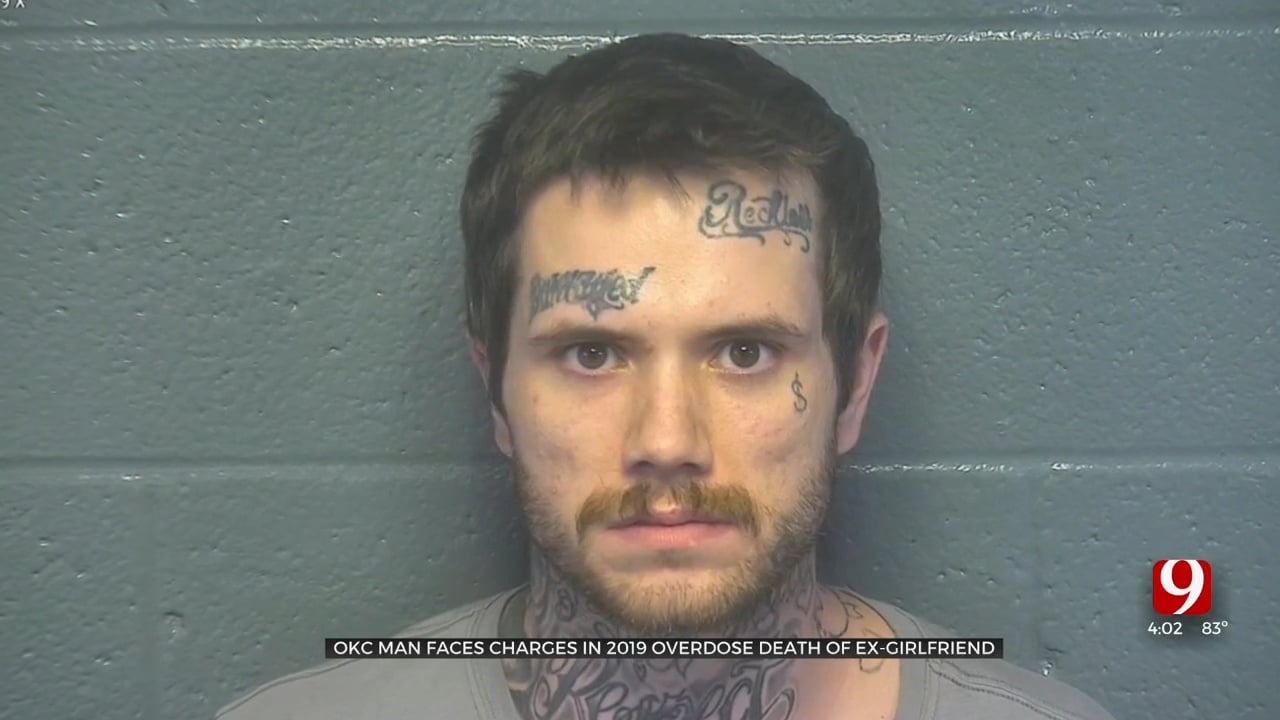 An Oklahoma City man is now facing a murder charge in connection with the 2019 overdose death of his ex-girlfriend.

Dylan Richardson is accused of injecting heroin into Macee Grabber and then allowing her to leave with a remainder of drugs that ultimately caused her death.

State Attorney General John O’Connor filed a first-degree murder charge, distribution of a controlled dangerous substance and use of a communication facility in the commission of a felony.

“Heroin is an incredibly dangerous drug for a number of reasons," Oklahoma Bureau of Narcotics spokesman Mark Woodward said.

Grabber was found dead in her family’s home on Oct. 12, 2019 in Wewoka from an apparent overdose. Her stepfather found a spoon with residue, along with multiple syringes in her purse.

The Hughes County Sheriff Department was contacted and took possession of the syringes and spoons. The Oklahoma Bureau of Narcotics submitted the spoon and syringes to the Oklahoma State Bureau of Investigation’s lab.

The test results came back positive for methamphetamines and heroin on the spoon and in two of the syringes.

At the time of her death, Grabber had an array of drugs in her system, including methamphetamines, morphine, diazepam and nordiazepam.

“Oftentimes, it's that combination of drugs that becomes lethal," said Woodward.

In August 2020, the Wichita County (TX) Criminal District Attorney's Office executed a search warrant at the home of the defendant in Wichita Falls, Texas.

During the search, officers found drugs and drug paraphernalia. Richardson was arrested for possession of the drugs, and then spoke with police about the overdose death of Grabber.

Richardson told police that Grabber had texted him, saying she wanted to get high. Richardson then contacted a drug dealer and bought $40 worth of heroin and $20 worth of methamphetamines.

Richardson said he met Grabber at a hotel on the southside of Oklahoma City.

“It's oftentimes somebody that they trust that they got it from,” Woodward said. “It's not uncommon to see it come from a boyfriend or a girlfriend.”

Richardson told police he met Grabber that day to give her heroin and methamphetamines. He admitted to injecting some of the heroin into her.

Richardson said they spoke in his backseat for an extended period of time. Richardson told police Macee left with the remaining heroin still on the spoon.

“Sometimes the suppliers do not realize how dangerous these drugs are that they're selling on the street, but they absolutely will be held accountable," said Woodward.

Grabber's parents, who still had their daughter's phone, looked over the messages between her and Richardson. They found that Grabber reached out to Richardson, but there was no mention of drug sales.

“We will continue to use every means possible under Oklahoma law to arrest and prosecute drug dealers who push deadly drugs like heroin into our communities,” O’Connor said. “Although prosecuting the dealer will not bring Macee Grabber back to her family, it will take him off the streets. It will also send a clear message to drug dealers that going to prison for murder could result from every sale they make.

“I appreciate the great work of the attorneys and investigators in our Criminal Justice Division, OBN agents, OSBI agents, Hughes County deputies, and members of the Wichita County District Attorney’s Office in Texas.”