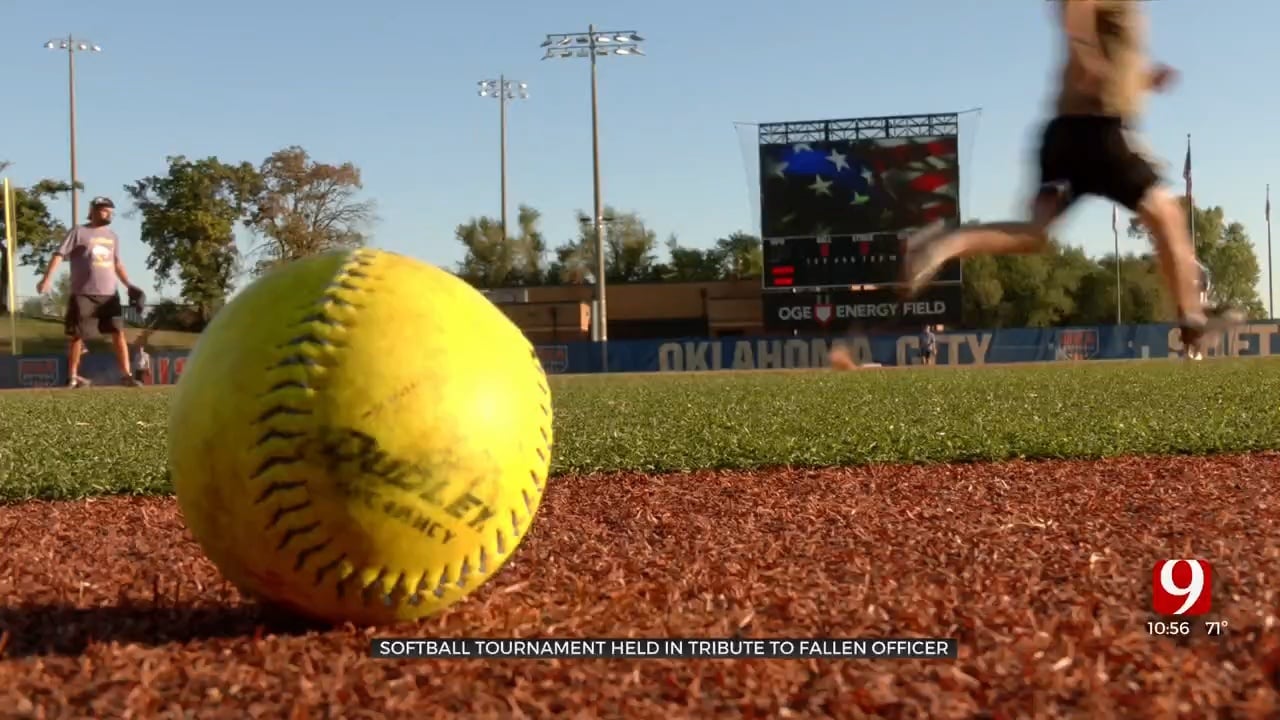 He was killed in a motorcycle crash in July while on the job.

Sgt. CJ Nelson's widow said he was a fun-loving guy who was always down for some friendly competition. She sees a benefit softball tournament as the best way to honor him.

Friends of Edmond Police Sergeant CJ Nelson are going up to bat for his family.

“It's really humbling that everybody has come together for our family this year. They've been just a light to our darkness that we have been in for so long,” Nelson said.

Sgt. Nelson was killed this summer in a motorcycle crash. Jenefer Nelson said after months of pain, it's nice to kick back and enjoy a few ball games.

“It's not as lonely being surrounded by so many people that love us and our family, who love CJ is just special,” Nelson said.

Support came from both sides of the plate during a game between the Edmond Police Dingers and Cupcake Daddies, two teams for which Nelson played.

“We had one of our fellow officers die unexpectedly. So, we did a big softball tournament for him. CJ Nelson was on the team with us and that first year, we made it to the final game. We won the whole tournament from CJ Nelson,” Sgt. Payne said.

“This has been a tough time for the police force in general,” Sgt. Payne said.

Other organizations pitched in too. Teams donated five dollars for every home run or strike out. Payne said it's tough being down a player, but they're stepping up to bat for Nelson and his daughter is following in his footsteps.