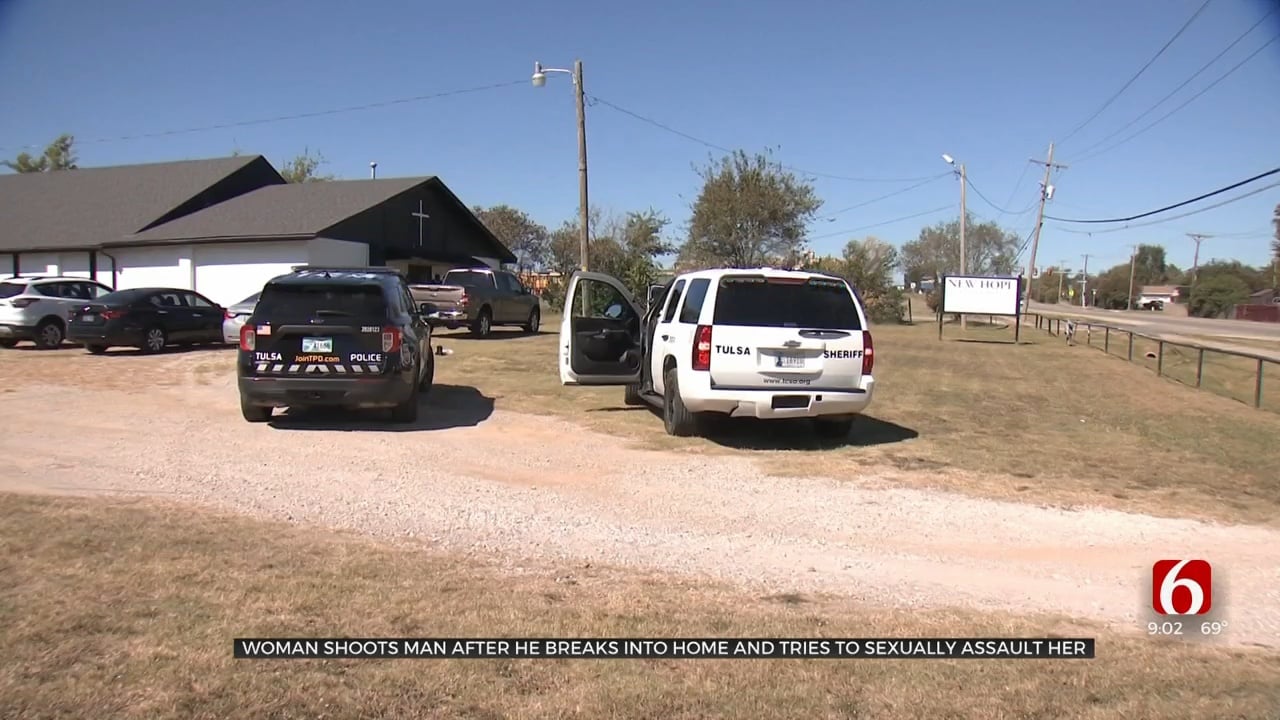 Tulsa Police say a man was shot in the foot after trying to sexually assault a woman.

officers say around 2 p.m. Sunday afternoon, they got a call about a shooting near E. 52nd Place N. and MLK.

They say a man had entered a home there and tried to sexually assault a woman. She was able to get away from him and grab a gun.

Police say the man ran out of the house, and that's when the woman shot him in the foot.

They say the man ran to a nearby church and the woman went to a family member's house.

Both called 911 and were taken to hospitals to get checked out.

Officers say the man is expected to live.

OCPD Search After Car Stolen From Will Rogers World Airport