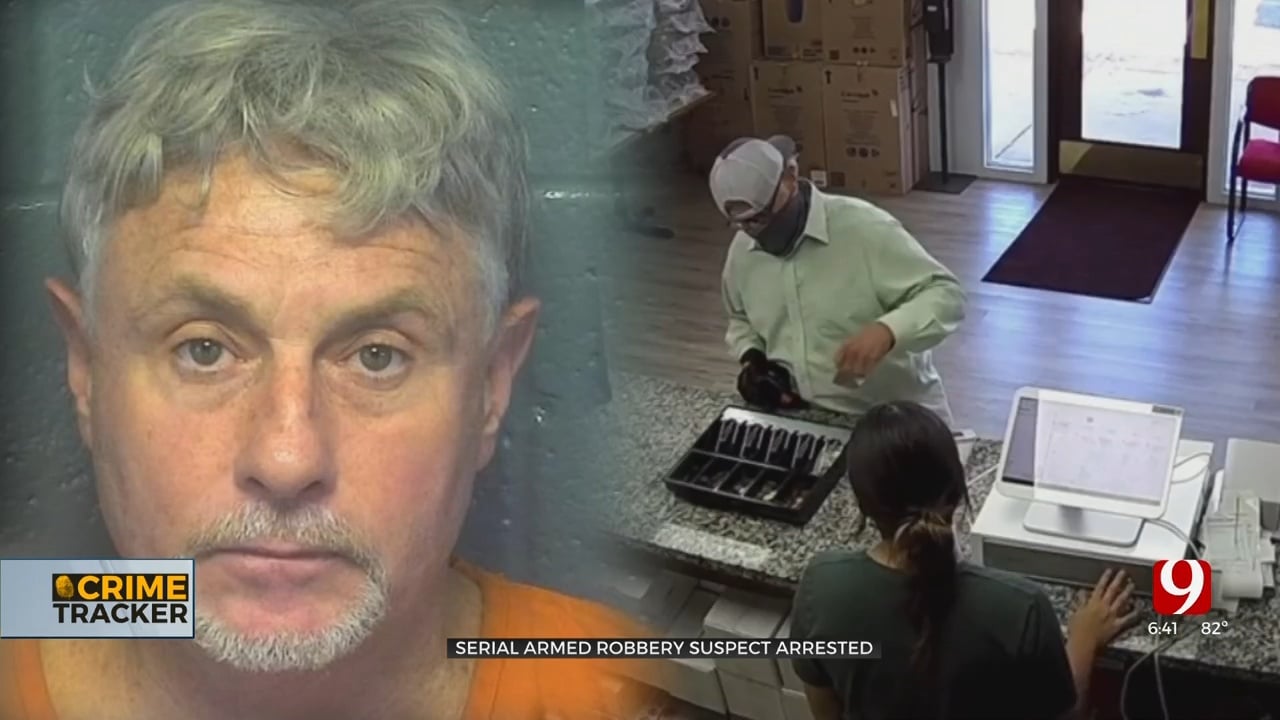 Oklahoma City police released a new video on Saturday of a dangerous armed robbery suspect as he refused to surrender. The U.S. Marshals along with officers tracked 57-year-old Roy Hudson to a home in southwest Oklahoma City last week.

Police said Hudson was accused of multiple armed robberies across the metro, he is currently in custody at the Oklahoma County Detention Center and held on a $250,000 bond.

“You have a warrant for your arrest. You may come outside now. This is the U.S. Marshals, and your house is surrounded.”

The warrant for Hudson's arrest stemmed from an incident in 2020, but Oklahoma City Police said the man was also wanted for a recent string of armed robberies that were caught on camera.

The suspect disguised himself during the armed robbery of a pizza business on the northwest side of the city and a gas station in southwest Oklahoma City. Investigators were able to tie Hudson to the crimes because he was seen wearing the same clothes and fled on a recognizable motorcycle. The same motorcycle police found at his home.

“Go to the front door now.”

The body camera footage showed the moments when Hudson finally surrendered to law enforcement at his home. According to a police report, the suspect told officers he was sorry for not coming out of the home sooner.

Police said this was an ongoing investigation. Hudson has not been charged with the crimes by the Oklahoma County District Attorney’s Office.