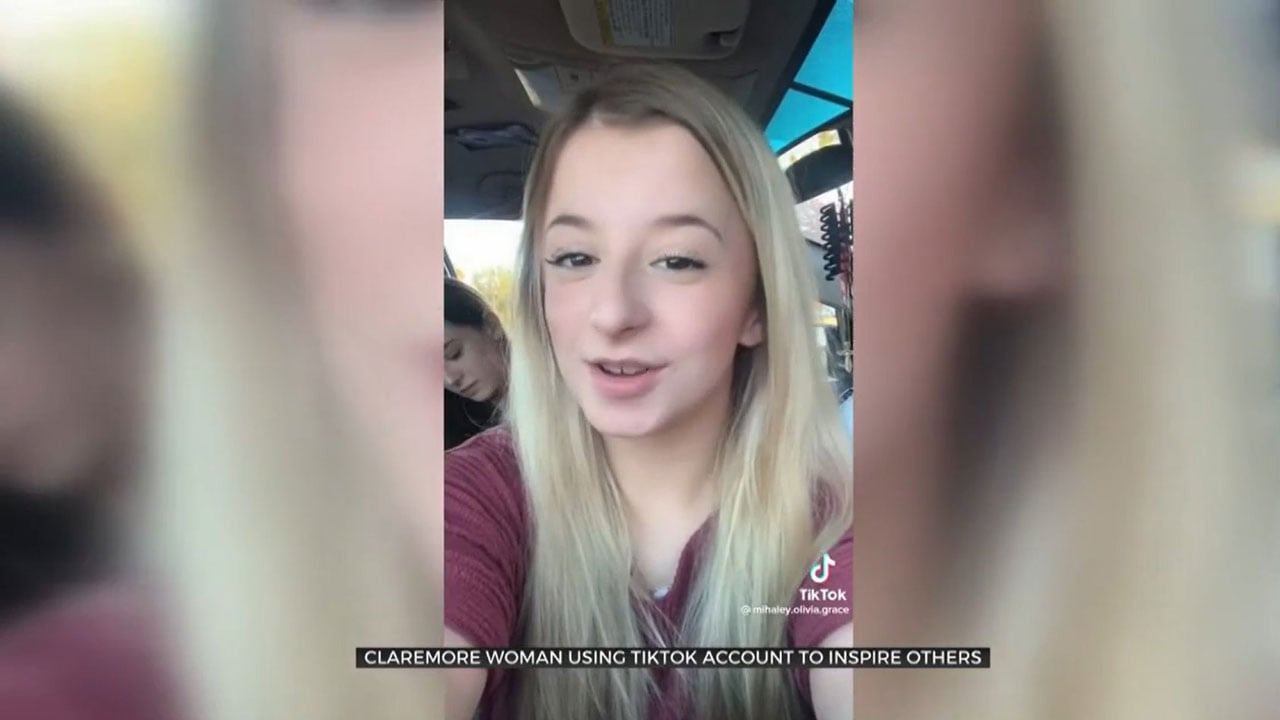 A girl from Claremore is going viral on TikTok for talking about her journey to get reconstructive surgery on her mouth.

Mihaley Schlegel was born with a rare bone disorder that causes her bones, including the ones in her teeth, to break easily.

She’s had several surgeries to get dentures and hopes her videos inspire others who might be going through the same thing.

Schlegel’s condition is called Osteogenesis Imperfecta and caused her teeth to grow in gray and transparent, and when they came in, her teeth would break and crumble.

Because her bones break so easily, it took her four years to find a doctor who would do the surgery to remove her teeth and give her dentures.

"I finally broke down to my mom after I realized it needed to be done and I was like Mom, I want to do it,” said Schlegel. “As scary as it is to not have teeth at 19 years old, I knew it needed to happen."

Her mother, Michelle Bensing, said once Mihaley had the surgery, she became much more confident.

"Confidence,” said Bensing. “She smiles. And before, everything was closed-mouth smile, she would hide her teeth. Now, every time I turn around it's like 'mom, can we do another photo shoot?"

Schlegel has more than 12,000 TikTok followers and has taken them on each step of her journey.

"When I started getting a following and things started blowing up, I was like okay, maybe I can make kids feel better and guide them the way I wish I was guided," said Schlegel.

"She now has the opportunity to let other kids with OI see that there is a resolution to a problem, and it may not be the way you want it, but it still makes you uniquely beautiful," said Bensing.

Schlegel said she wishes she could go back and tell her younger self that everything will work out and hopes others who might be on a similar journey, will now know the same.