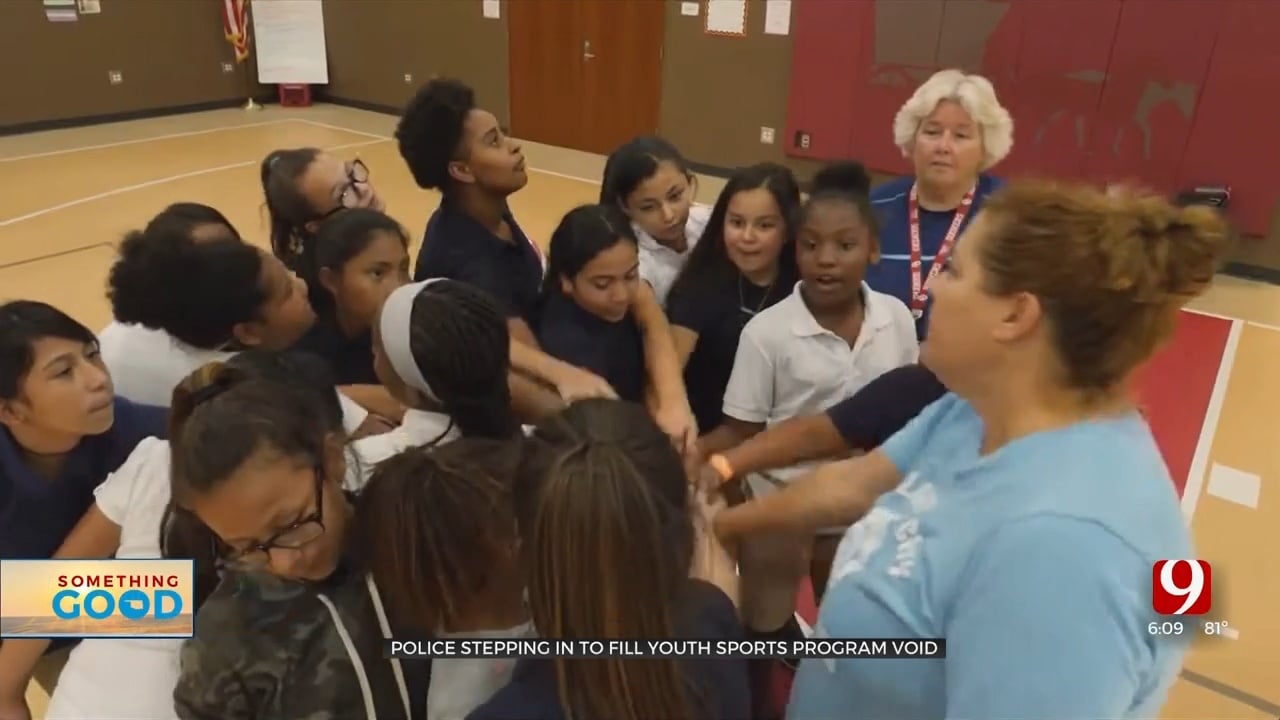 For fifth and sixth grade students in Oklahoma City Public Schools there are no sports programs through the school, but that’s where the police athletic league has stepped in to fill the void.

“It started off as kind of a small mentoring program, with maybe a few sports, but now we’re offering multiple sports,” said Mark Eby, CEO of the OKC Police Athletic League.

“We have the five major sports, we have soccer, basketball, football, volleyball and cheer,” said Lieutenant Fernando Hernandez, with the Oklahoma City Police Department and PAL volunteer.

They just implemented a new way of competing that is more on today’s level.

“We’re trying to add e-gaming. There are kids that don’t necessarily play sports and don’t want to play sports, but we just purchased computers in order to have e-gaming,” said Eby.

All in an effort to build a healthy relationship with the kids in their community.

“You know kids see us in our uniforms, they see all the bad stuff on TV, they don’t see all the good we do,” said Sergeant Murray with the Oklahoma City Police Department and also a PAL volunteer.

Volunteers encouraging and mentoring the kids in every area of their lives.

“You talk to kids about grades and how important grades are so that they can become something when they become an adult,” said Murray.

The Police Athletic League supplies all the uniforms and equipment for the kids to participate, what they are in need of right now is coaches.

“For instance, we had eighty people, eighty girls go out for volleyball at one of our schools and I only had two coaches,” said Eby.

Coaches don’t have to be police officers; they simply have to pass a background check and commit a few hours a week.

“You don’t even have to know anything necessarily about the sport, it’s about being there for the kids and creating that relationship with the kids,” said Eby.

“They need guidance, kids need guidance now days and it’s fun, I mean it’s rewarding. I think we learn more from kids that they learn from us,” said Murray.

Now for information about The Police Athletic League or to sign up to be a coach, go to www.okcpal.org