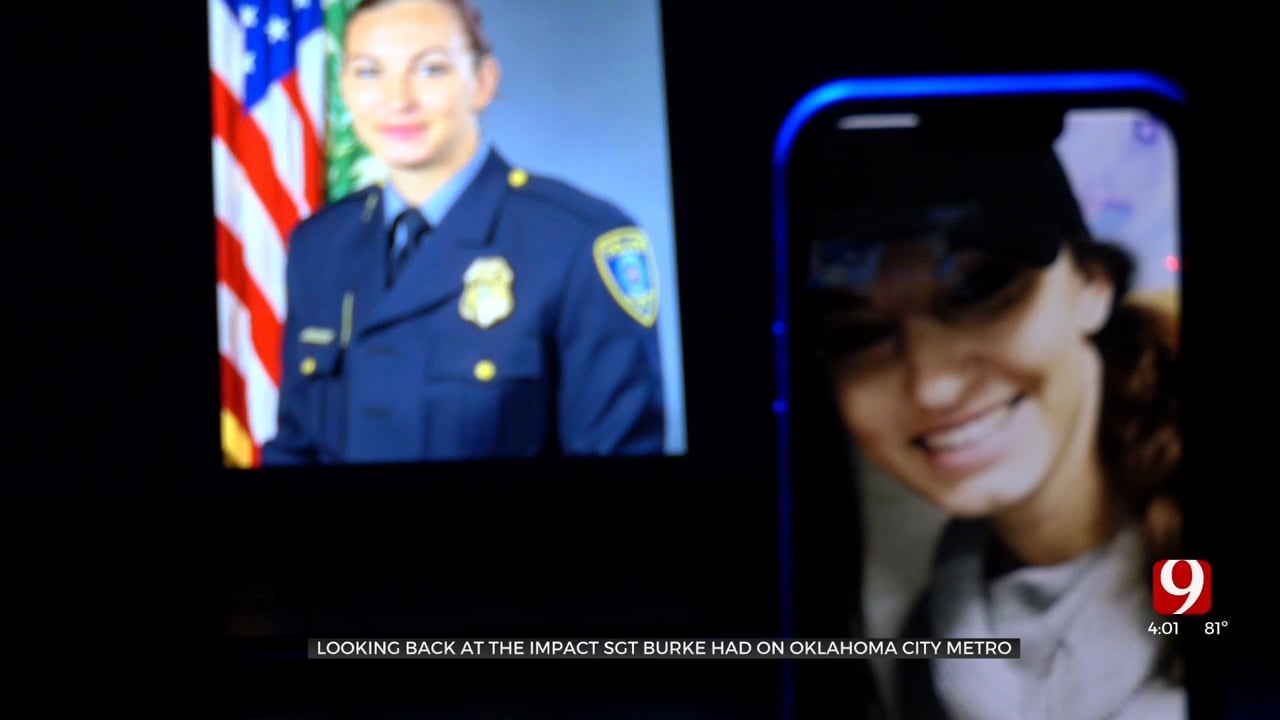 The Oklahoma City Fraternal Order of Police Foundation has launched a fund to support the family of Sgt. Meagan Burke, who died after another car crashed into her vehicle head-on this week.

She died at the scene. The driver of the other vehicle survived, police said.

"Heartbroken. You know, kind of takes the breath right out of you," said Mark Nelson, president of the Oklahoma City Fraternal Order of Police. "Upon hearing the news and just being devastated, we have to pick up. We have to be prepared to help the family deal with things, and that's when we went into action."

Nelson said many people have been asking how they can help Burke's family. In response, the OKC FOP Foundation created a fund that allows people to donate with every penny benefiting the Burke family.

"We don't have any overhead, so when people contribute, we're able to give everything collected to that cause or to that person's family," said Nelson.

The OKC FOP said its foundation has already allocated some money from the fund to cover travel expenses for Burke's family.

Burke began her career at the Oklahoma City Police Department in May 2016. Outside of serving, Burke's friends told News 9 that "animals were what made her happiest."

She also loved Christmas, enjoyed watching The Hallmark Channel and listening to holiday music, her friends said. In addition, Burke was passionate about CrossFit and mentoring children.

"Her work ethic seems to be top notch, and who she was as a person - loving, caring, giving and selfless - were just some things that would probably describe her off the top of anyone's head," said Nelson.

A celebration of life service for Burke is scheduled to take place at 4 p.m. on Thursday, Oct. 6 at Southern Hills Baptist Church, located at 8601 South Pennsylvania Avenue in Oklahoma City.