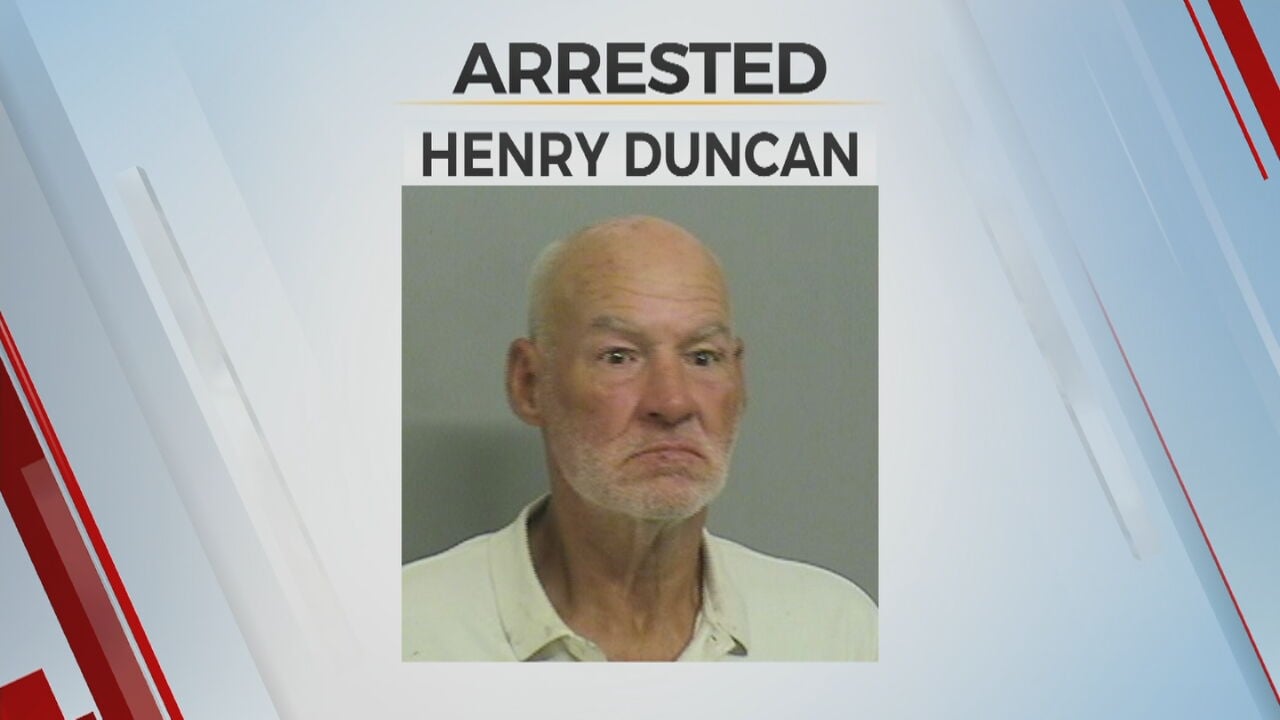 Tulsa Police have arrested a homeless man accused of assaulting a woman with his cane near Admiral and South Memorial.

According to police, 67-year-old Henry Duncan hit the woman because she wouldn't get out of his way.

Police say he tried to take off on a bike, but police tackled and arrested him.

According to police, Duncan admitted to hitting the victim and said he intended to kill her because he thought she was going to rob him.

The victim was taken to the hospital to be treated for her injuries.