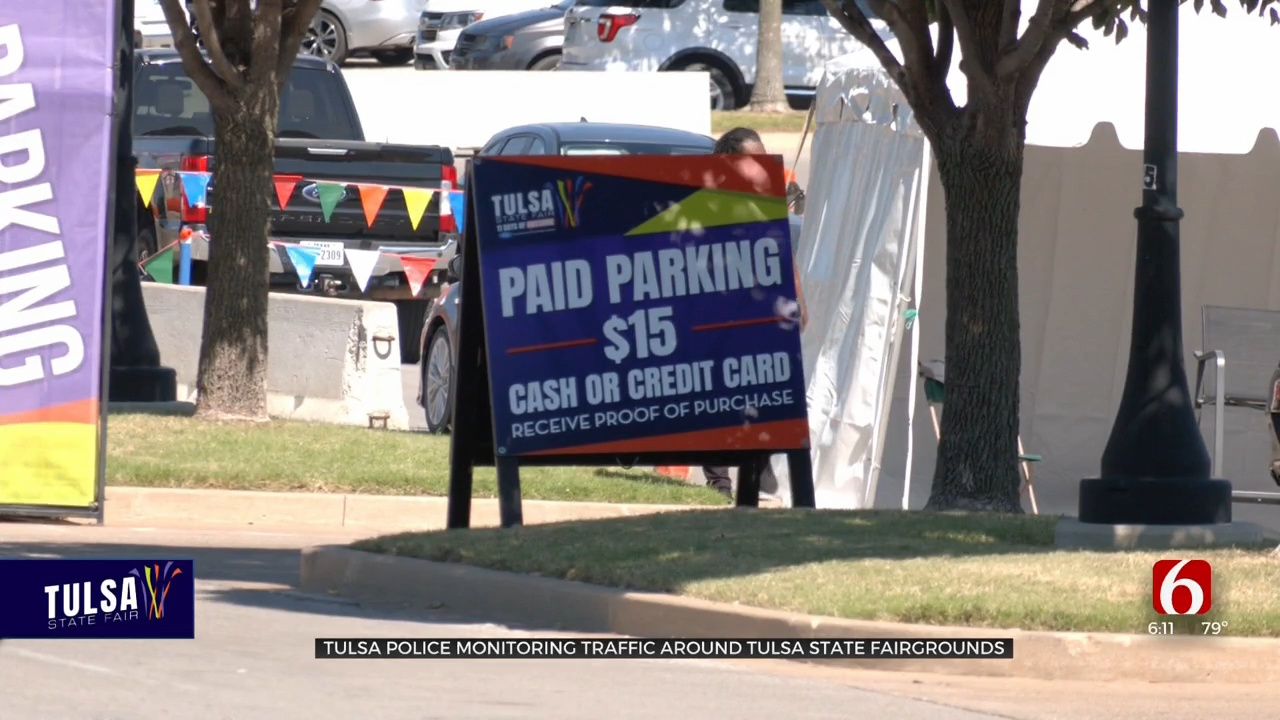 With close to one million people expected to come out to the Tulsa State Fair over the next week and a half, police said it's crucial you know where you can park and where you can't.

The three busiest streets during the fair are 15th street, 21st street and Yale, according to police. Organizers said visitors can pay to park at the fairgrounds or nearby.

Lieutenant Paul Madden said If you are parking on public property, look out for any signs that say you cannot park there to avoid getting towed. He said it's better to not even take the risk.

"The best rule of thumb is going to be to assume that all businesses don't want fair goers parking there," Madden said.

Fair organizers said they are expecting hundreds of thousands of people to head to the area during the fair.

LaKisha Carter has been working the fair for 23 years and said while she has seen some crazy things; she loves helping people and can handle the large crowds.

Carter said because the state fair is so popular, she does think there needs to be more parking, and she wishes it didn't cost families anything.

LT. Madden said because there's a lot of traffic, drivers should always stay alert, so that a tragedy can be avoided.

"Drive in a very prudent manner for us," Madden said. "We don't want anybody getting hurt. We had an incident last year where a person was killed."

Madden said you can find a map of the fairgrounds on Tulsacounty.org