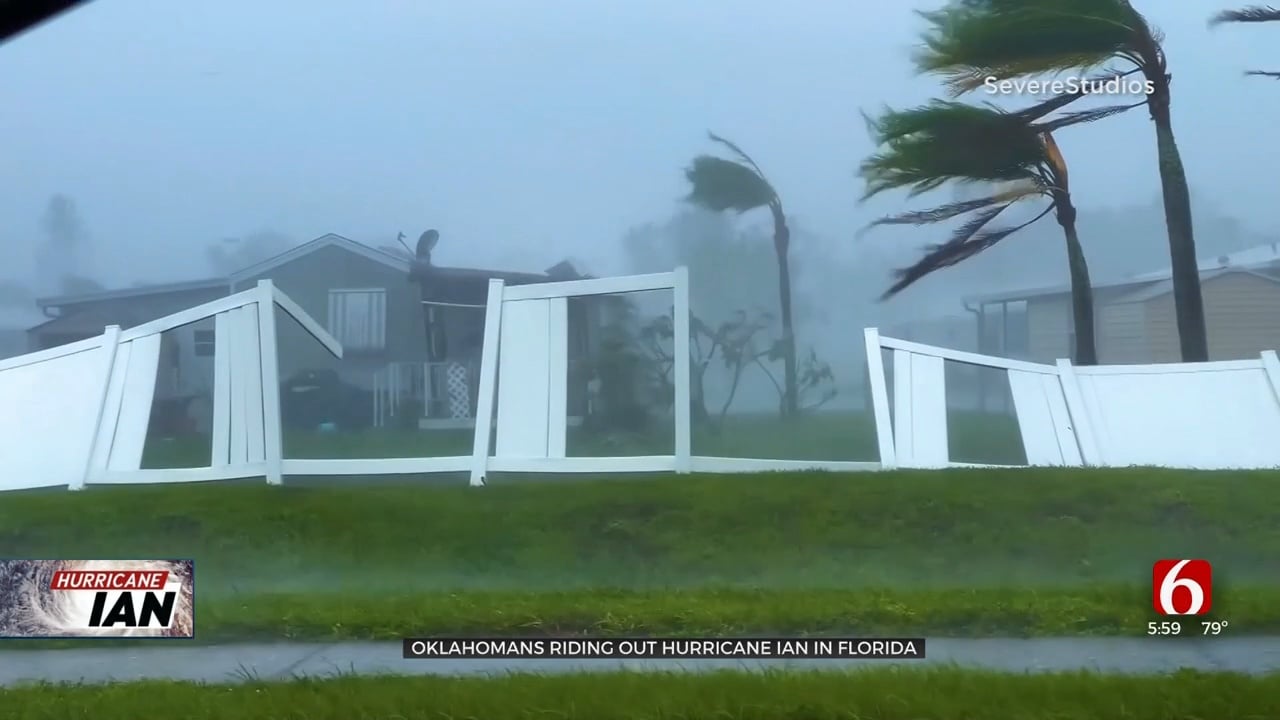 Some of Oklahoma's own are riding out Hurricane Ian in Florida. Ian was upgraded from a Tropical Storm back to a hurricane Thursday afternoon.

With unrelenting wind and historic rain, Oklahomans who are used to extreme weather, are getting a different version of it on the other side of the country.

Jane VanFossen and her husband Vince live in Jenks. Together, with Jane's brother and his wife, they own a vacation home in Fort Meyers Beach. They boarded up the concrete house earlier this week.

“We're still trying to figure out what's going on with our house,” she said.

On Tuesday, they sought refuge in Fort Lauderdale, where they’re in a hotel now.

"We figured this would be the safest place to go during the hurricane," VanFossen said.

Meanwhile near Orlando, Douglas Courturier and his family didn't get much sleep Wednesday night, riding out the hurricane from their home.

“It went on for about at least 10, 12 hours of just constant rain and constant winds,” Courturier said.

He lived in Broken Arrow for about eight years, serving in the Oklahoma National Guard. In some ways, he said Hurricane Ian reminds him of the big ice storm back in 2007 in Green Country.

"I would compare it to that kind of devastation. Only without the cold and the rain and the snow. That ice storm was pretty devastating. Maybe on the tropical version of that ice storm. That's what we're dealing with down here in Florida right now,” he said.

VanFossen hopes to check on their home sometime Friday, to see if anything is salvageable. As for Courturier, he said he only has minor damage and some debris to clean up in his neighborhood.