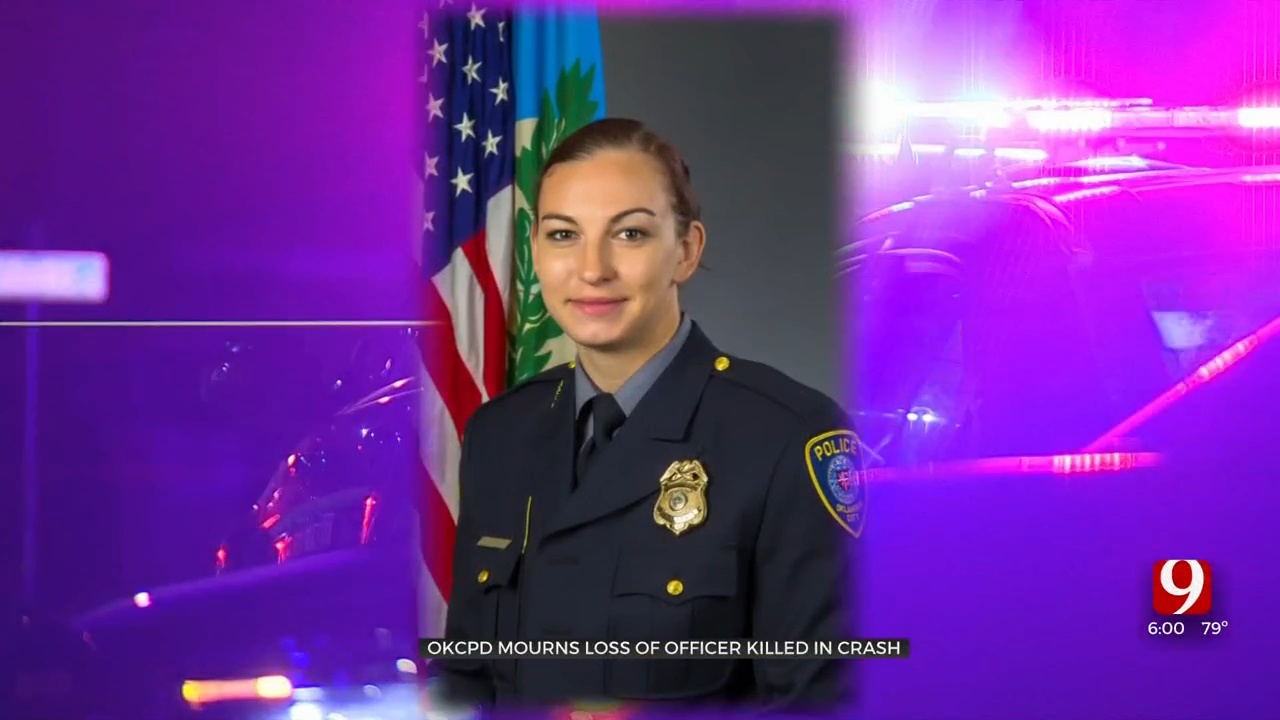 A crash on I-44 near SW 44th Street killed an off-duty Oklahoma City Police Department Sergeant.

The crash happened just after midnight early Thursday morning. Investigators are still piecing together how it happened.

Sgt. Meagan Burke was pronounced dead at the scene.

"It appears another driver was southbound on I-44, crossed over the median and barrier, striking the officer's vehicle who was in a personal vehicle just getting off work," said OCPD Captain Valerie Littlejohn.

OCPD released a video of Burke on Thursday to memorialize her passing.

Her body was taken to a funeral home by procession Thursday afternoon.

News 9 asked OHP Trooper Eric Foster how a car could get all the way over the barrier.

"If someone is not operating in the law and they are operating, those barriers can be defeated. However, they can offer a level of security of cars just traveling," said Foster.

The driver of the second vehicle sustained non-life-threatening injuries.

The Oklahoma Department of Transportation said they will begin a safety evaluation of the site, a standard procedure after a deadly crash.