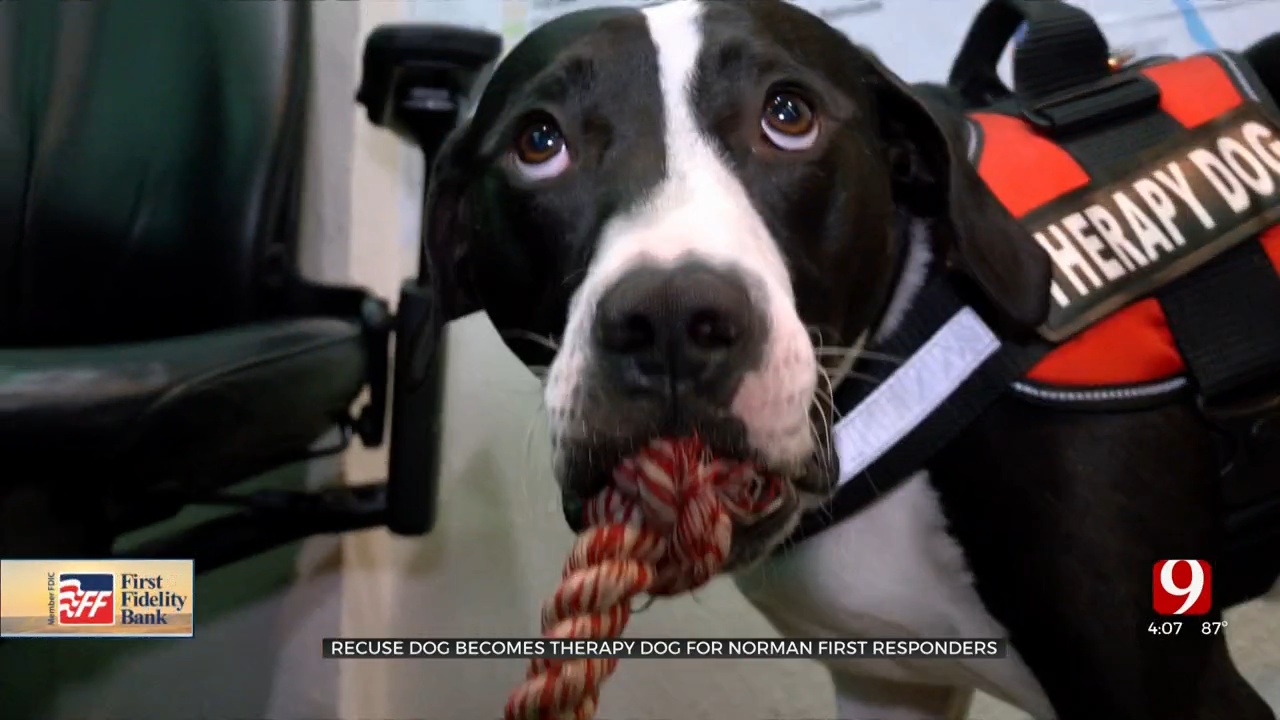 A therapy dog, believed to be the first one assigned to a 911 center in Oklahoma, is boosting the morale of dispatchers who take hundreds of calls per day.

Bella is the therapy dog for the Norman Emergency Communications Center at the Norman Police Department.

She was severely malnourished when she arrived at an animal shelter in February, weighing a mere 22 pounds. But under the care of the shelter, she gained weight.

Then, she received training through the Mabel Bassett Correctional Facility's Guardian Angels Program to become a therapy dog at the 911 center. She started the role in June.

"We had been asking for a therapy dog since therapy dogs started popping up in police departments across the country," said Susannah Bishop, Bella's handler and communications supervisor at the Norman Emergency Communications Center. "We have one therapy dog that's attached to our training center down at the range, but we wanted one up here. And we've been asking and asking, and we finally got the right combination of bosses and the right dog."

Bishop said the Norman Emergency Communications Center averages between 1,000 to 1,700 911 calls per week. When non-emergency calls are included, the center gets more than 900 calls per day. In addition, due to a shorthanded staff, dispatchers have been working 12-hour shifts, Bishop said.

"Dogs bring down blood pressure. Dogs are a calming influence, so having her in here kind of helps calm the crazy in the storm," Bishop said. "People walk in the door at shift change and greet her before they greet anybody else. People are sad when she leaves, so she makes everybody happy to come to work."

Bella now weighs 56 pounds and is at the 911 center whenever Bishop is there.

In addition to interacting with dispatchers, Bella is also a favorite with the police officers.