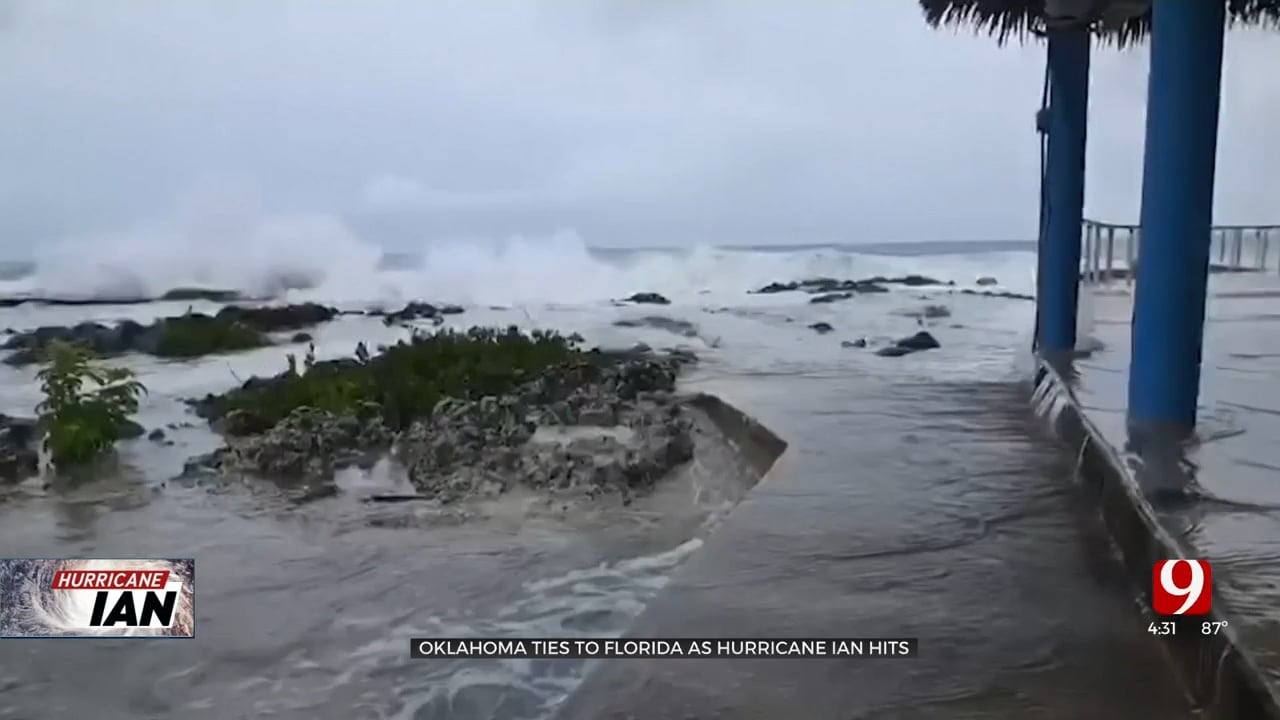 Hurricane Ian struck the southwest coast of Florida on Wednesday afternoon. The storm blows in as many Floridians have moved away.

The parents of News 9 traffic anchor and Meteorologist Hannah Scholl said she warned them to get out of the way of the storm.

"She very early on said, 'Hey, you got to leave. You can't stay at your house," said Randal Scholl, Hannah’s dad, said.

For another News 9 Meteorologist, Andrew Adams, southwest Florida was his home for two years before he returned to the Sooner State.

Adams said the people down there know how to prepare.

Someone who learned how to prepare quickly for an incoming storm as an Oklahoma resident Jason Odom.

"This is practically paradise on earth except for days like today," Odom, who lived in Oklahoma for 20 years, said.

From Yukon to Cape Coral, Florida, Odom’s family has gotten tons of water, food and supplies ready for the potential worst of the storm.