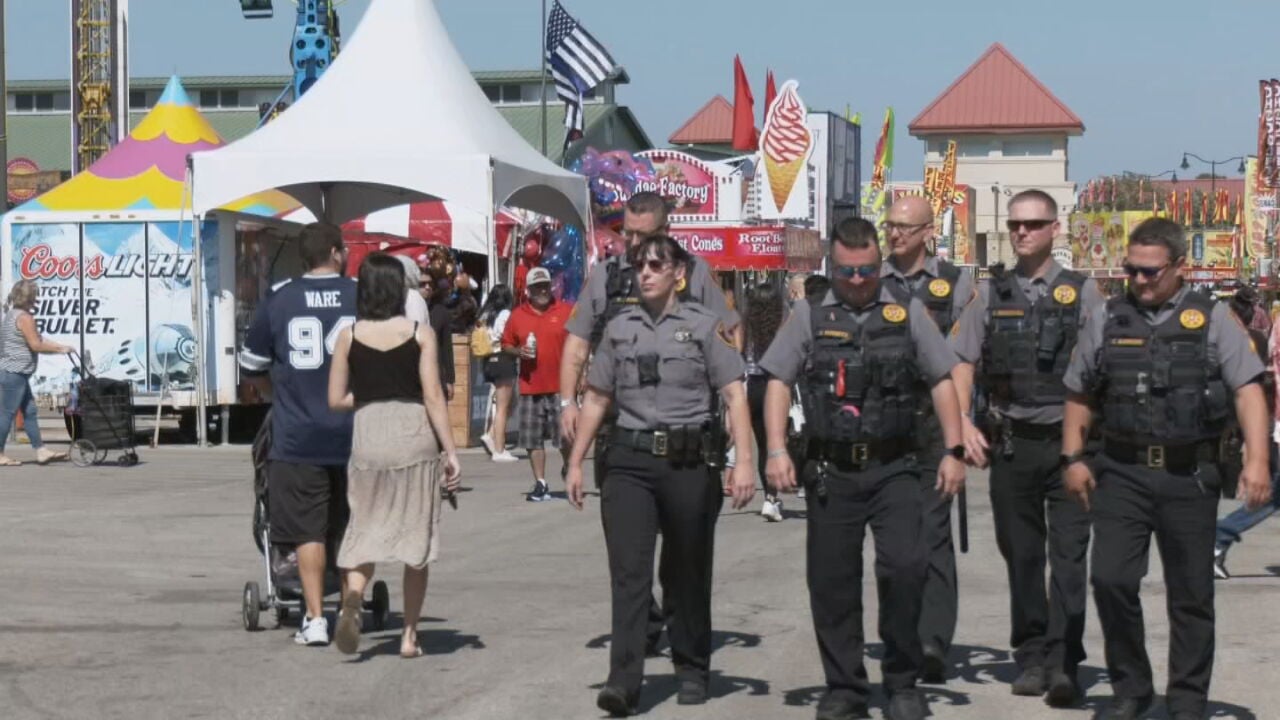 The Tulsa State Fair starts on Thursday, Sept. 29. Tulsa County deputies will be patrolling the fairgrounds to make sure people stay safe and have a good time.

Deputies said they responded to close to 300 calls during the 11 days of the fair last year.

"We have the Tulsa County Sheriff's Office, the Tulsa Fire Department, some Tulsa Police Department as well, so we coordinate a lot of different things, and we're ready to have a safe environment for the 11 days of awesome," said Expo Square COO Amanda Blair.

The Tulsa County Sheriff's Office is offering up tips to keep you and your children safe out at the fair.

They said when families get out here, parents should point out deputies to their kids, so they know who to find if they need help.

Sheriff Vic Regalado said If your child wanders, report it right away. "The quicker that we get information into our hands in regards to an endangered child, the outcome is almost always positive," Regalado said.

They said 19 people were arrested and they seized 10 firearms, nine of which were in the hands of kids. Regalado said there will be no tolerance for people who bring guns to the fair or start a fight.

"We will not tolerate idiots coming to the state fair and ruining it for people who are here to have a good time in a safe and inviting environment," Regalado said.

The Sheriff said overall though, the fair Is safe, and they will work to keep it that way.

"It's a fun atmosphere where our citizenry can forget all the ails that are happening in our society right now and come enjoy the day at the fair," Regalado said.

The Sheriff said parents can get a wristband for their child with a phone number on it, to help deputies reunite families.