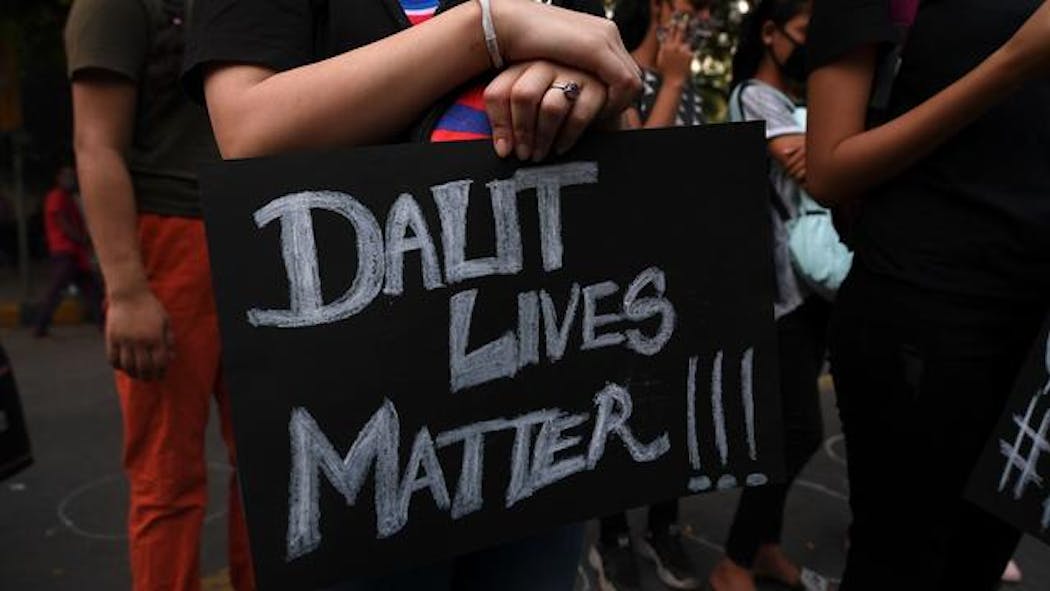 Indian police are searching for a teacher accused of beating a low-caste student to death over a spelling mistake, officers said Tuesday, after suppressing violent protests triggered by the incident.

Nikhil Dohre was struck with a rod and kicked until he fell unconscious by his high school teacher earlier this month after misspelling the word "social" on an exam, according to a police complaint by his father.

The 15-year-old died from his injuries on Monday at a hospital in northern Uttar Pradesh state, and the accused has fled the area.

"He is on the run, but we will arrest him soon," police officer Mahendra Pratap Singh told AFP.

Dohre was a member of the Dalit community, which sits at the lowest rung of India's caste system and has been subject to prejudice and discrimination for centuries.

Hundreds of people took to the streets on Monday after news of Dohre's death spread in Auraiya district, the location of the attack.

The crowd demanded the teacher's arrest before the cremation of the boy's body and torched a police vehicle.

Around a dozen protesters had been arrested, Singh said.

"We used force to quell the mob and the situation soon came under control," Superintendent of Police Charu Nigam told reporters.

Dalits — formerly known as "untouchables" — are victims of thousands of attacks each year. Earlier this month, six men were arrested in the northern Indian state of Uttar Pradesh for allegedly raping and killing two teenage girls from the Dalit community. Their bodies were found hanging from a tree a day earlier.