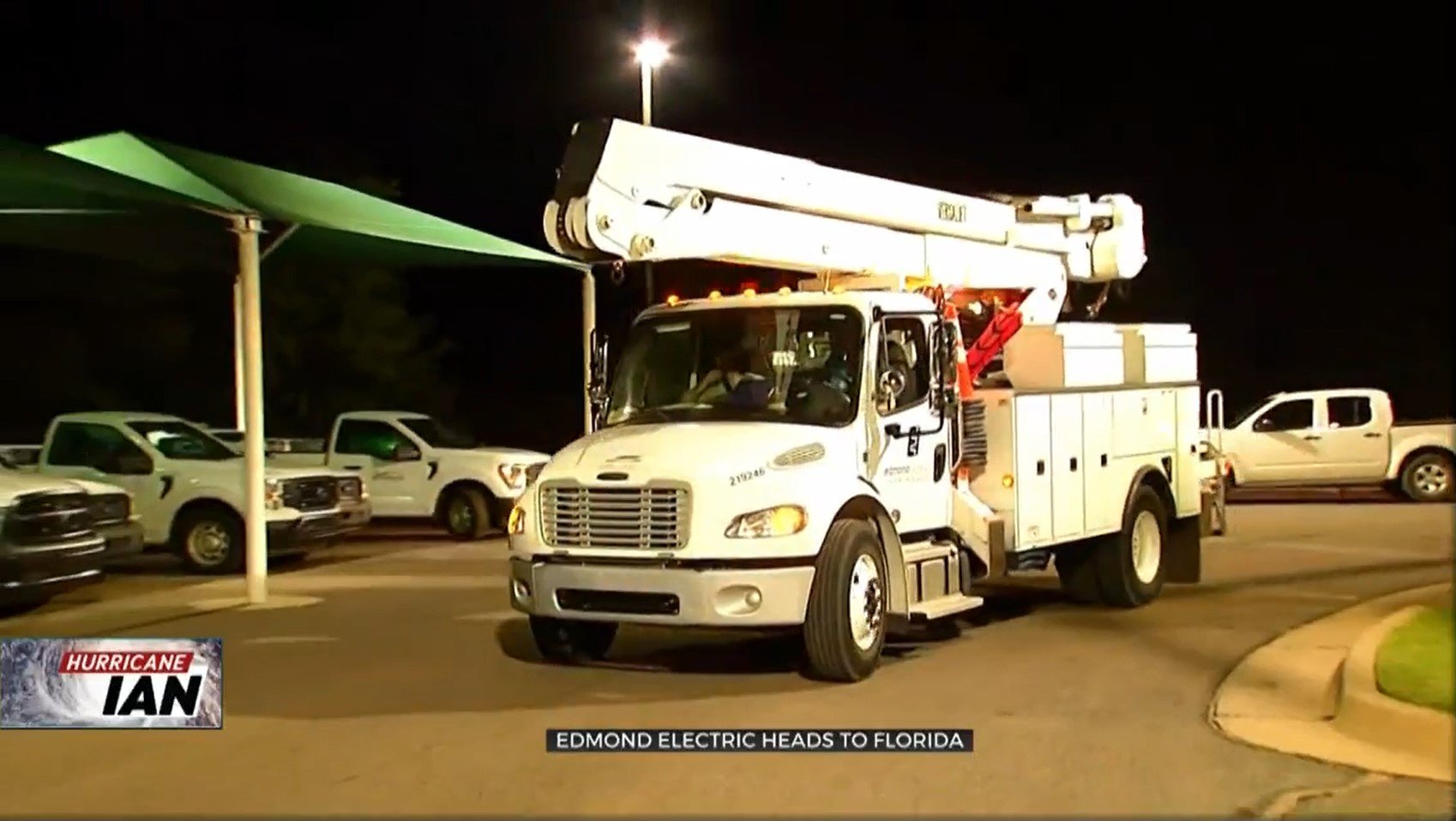 Edmond Electricians Headed To Florida To Assist In Hurricane Relief

Director of Edmond Electric Glenn Fisher said those going are supporting power restoration along with other teams from across the country.

The workers from Edmond Electric are going to Mount Dora, a community of about 14,000 people northwest of Orlando, to help their crews restore service to their customers.

Fisher also said the effort is reciprocal, in hopes that should they deal with a disaster that cuts off the power, others will come to their aid.