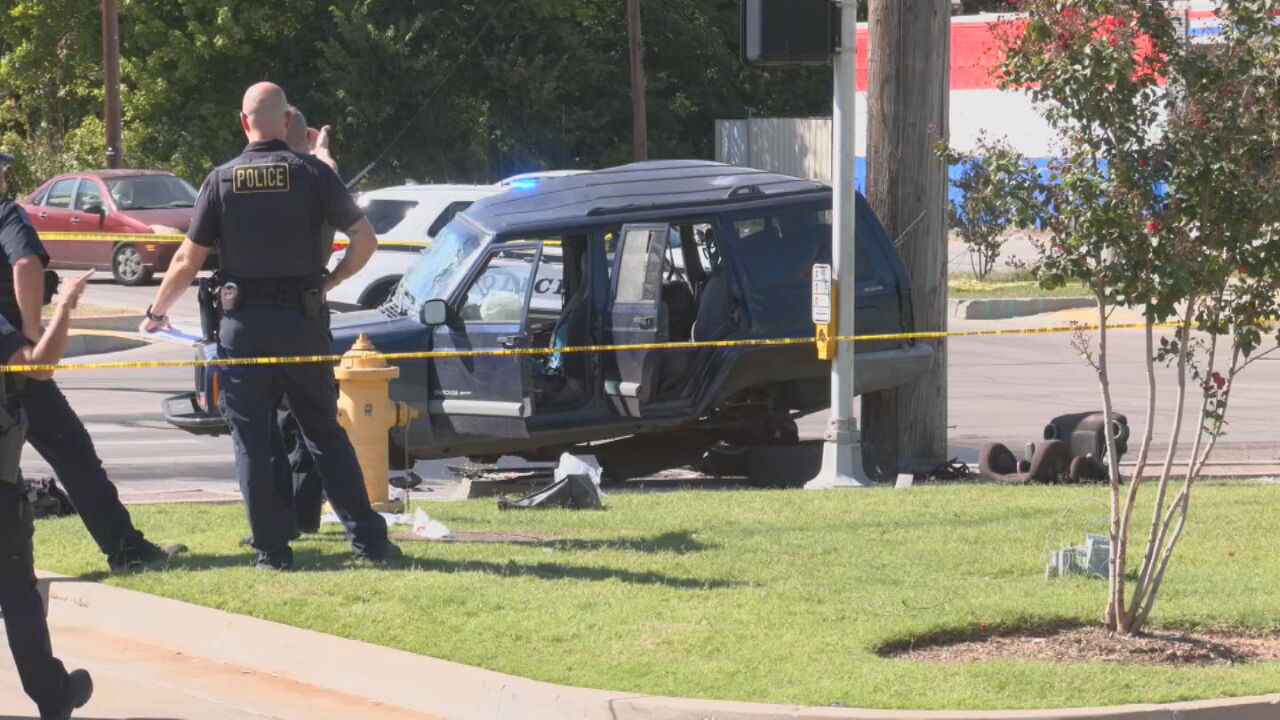 A woman was killed in a crash Monday afternoon and another woman and three children were injured.

Police said the wreck happened when their SUV broke down. It was being pushed through an intersection, just as the driver of a city truck was coming through the same area.

Two of the three children are in critical condition. It's an incredibly sad situation that police said was brought on a light changing from red to green, and not enough time to react.

Traffic Safety coordinator Lieutenant Paul Madden said the car pushing stopped at the intersection, but the driver of the wrecked vehicle continued in an effort to get to the QuikTrip parking lot.

"There were multiple injuries, multiple people outside of vehicles, several in critical condition," he said.

Five people were inside when it was hit around 2:30 p.m. on Monday. Police said the jeep had broken down about a mile west of the intersection of 46th St. N. and North Lewis Avenue and had been pushed by another vehicle trying to help them out.

Multiple bystanders ran over and helped everyone inside the SUV get out before first responders arrived.

Andy Little with the Tulsa Fire Department said the two women and three small children in the SUV went to the hospital.

"Any significant collision can be catastrophic to anybody much less children. When you have smaller children, they're more susceptible to injuries," he said.

Police said that even though this wreck involves a city driver, it won't be investigated any differently and will be treated like any other fatality collision.