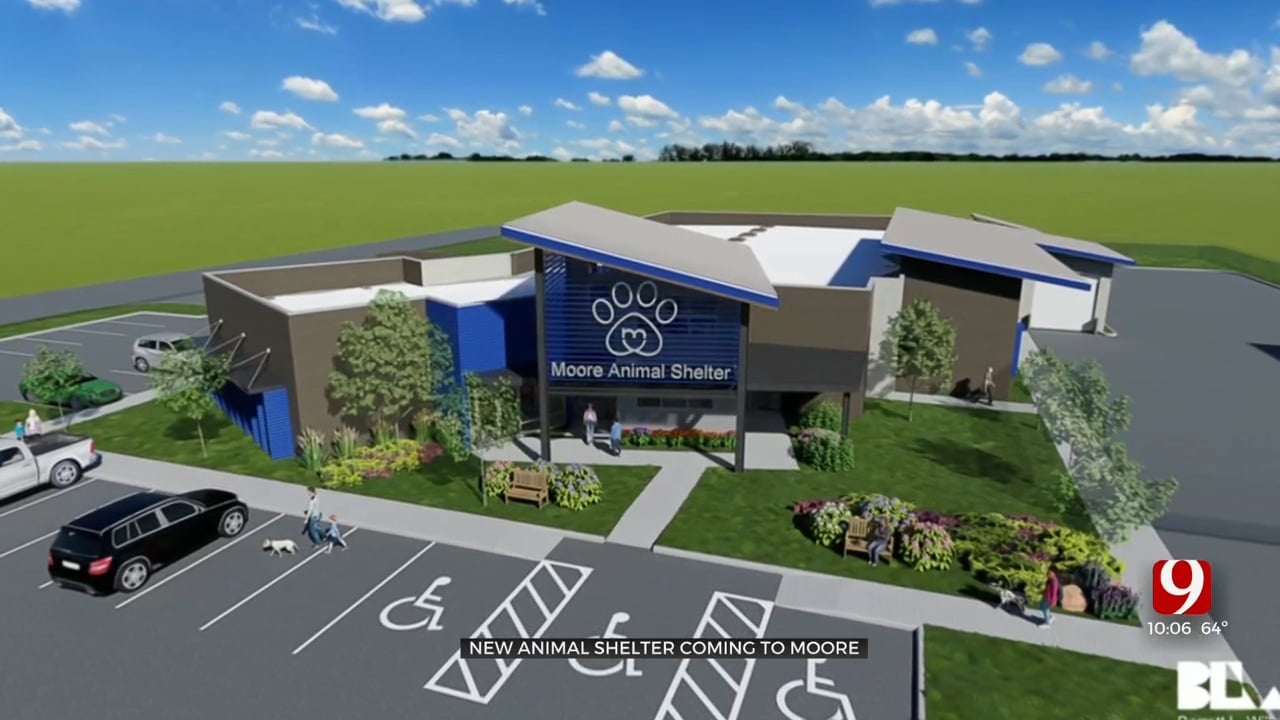 Not only are they dealing with overcrowding, but the small shelter doesn’t have enough space for a vet, making it even more difficult to help sick animals.

“It’s been a long time coming,” said John Fryrear the Animal Control Supervisor for the City Of Moore.

“It was built and opened up May 3, 1999, actually. We are over capacity, we don’t have enough room to put our animals,” said Fryrear.

With space for just nine cats and 29 dogs, it doesn’t take much for the Moore Animal Shelter to get overcrowded.

The $8-million proposition for the new Animal Shelter passed back in 2021 with 65% of voters approving the measure.

The shelter will have quarantine rooms for sick animals that need to be separated from the ones available to adopt.

”We are all excited about this especially since we broke ground; being able to see it is exciting,” said Fryrear who was at the groundbreaking just last week.

The new site, around the corner off SW 34th, will also have room for administrative offices, training rooms and a medical suite for a vet that will allow them to save more animals.

The new space will also have a laundry room and a food prep area; something they weren’t able to get the first time around.

The city plans to have the shelter done by October of next year.