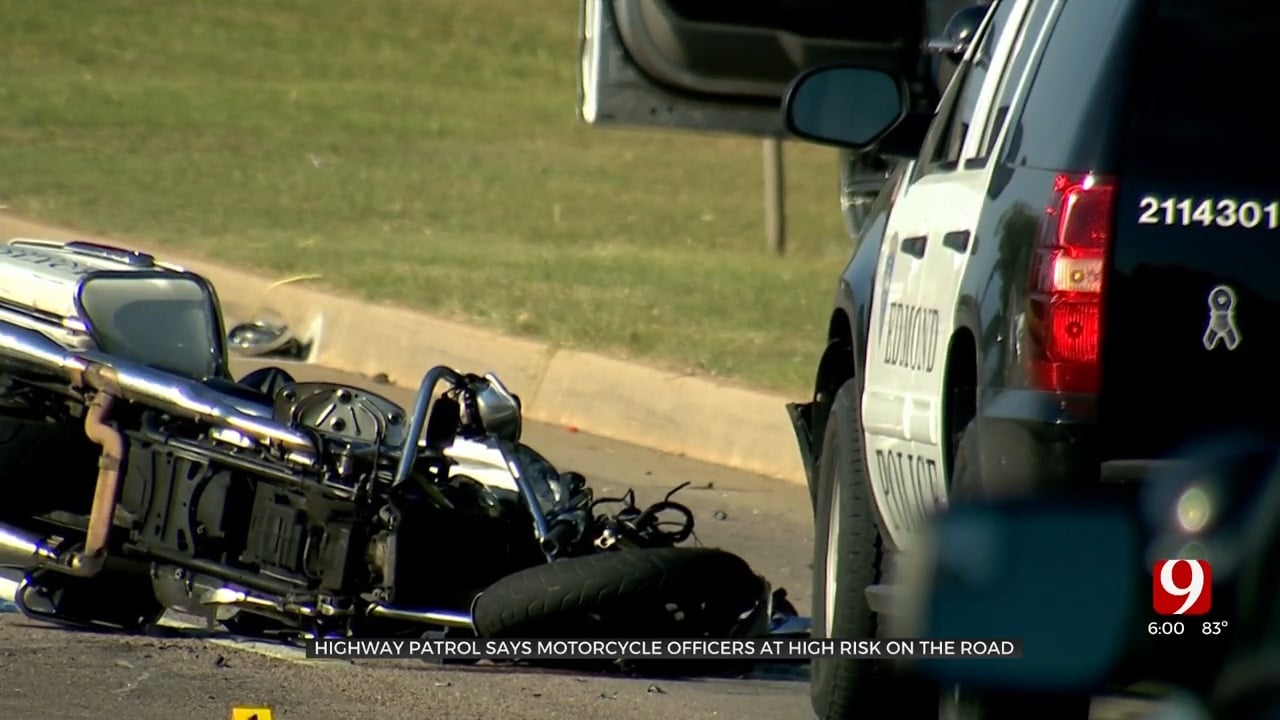 He was the third motorcycle officer to be in a crash or close call this summer.

The Oklahoma Highway Patrol said they have had motorcycle officers since its inception. They said it is one of the most dangerous jobs in the department.

Officers on motorcycles serve the same function as a normal patrol officer, just without the protection of a car.

"In a car those seatbelts are there to keep you inside that cage. There is no cage for a motorcycle officer," said Trooper Foster.

Edmond Sgt. C.J. Nelson was killed at an intersection in Edmond in July. Later in the summer, an OCPD officer had a close call when a loose trailer hit his bike while he was performing a traffic stop. On Friday, Sgt. Joe Wells was hit by a man running from police.

Trooper Foster said when you hear a call about a motorcycle officer being hit, the situation becomes tense.

"That feeling in your stomach that goes into your throat. It's very intense and then when we hear of a motorcycle officer we know. The propensity for it to be a great bodily injury, a significant injury is really high."

Sgt. Wells is still in the hospital in critical condition.