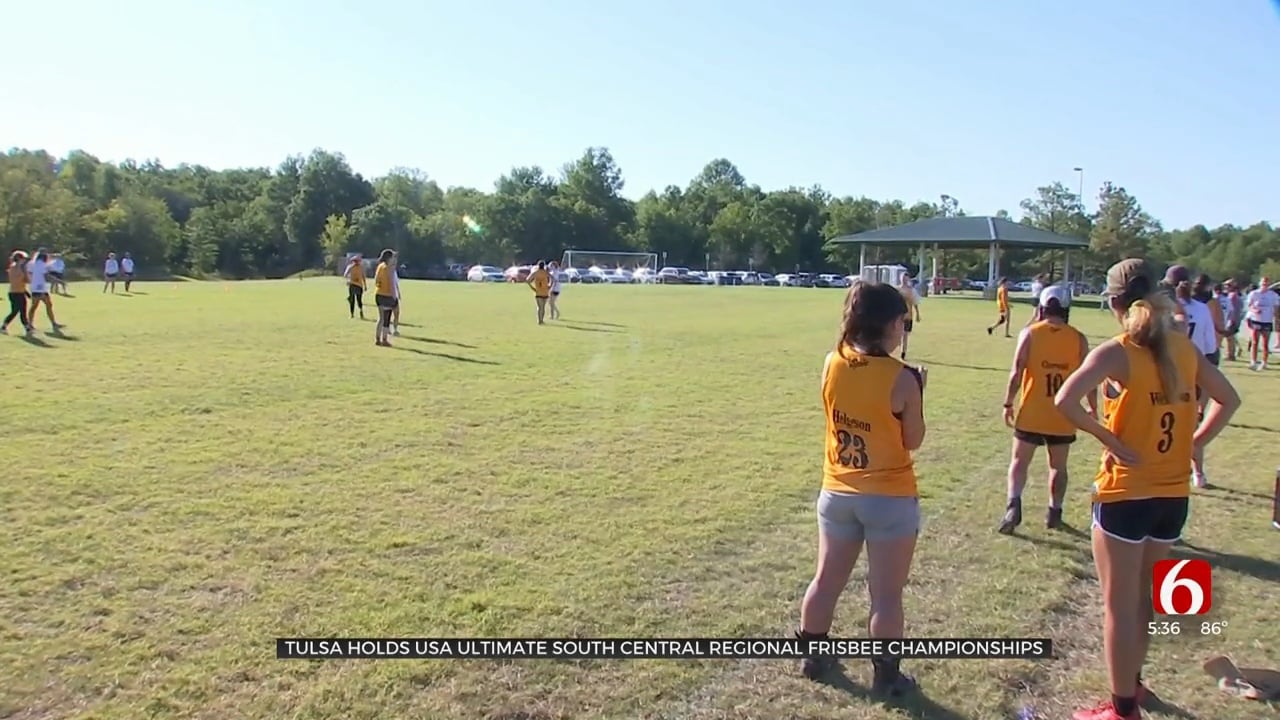 There was an ultimate frisbee competition in Tulsa this weekend.

"It's played on a field that's kind of similar to a football field, there's endzones that you're trying to score in, but the flow of the game is similar to soccer," said Tulsa Ultimate Federation President Chris Passmore.

Participants competed for a select few spots in the National Championships which are in San Diego in October 2023.