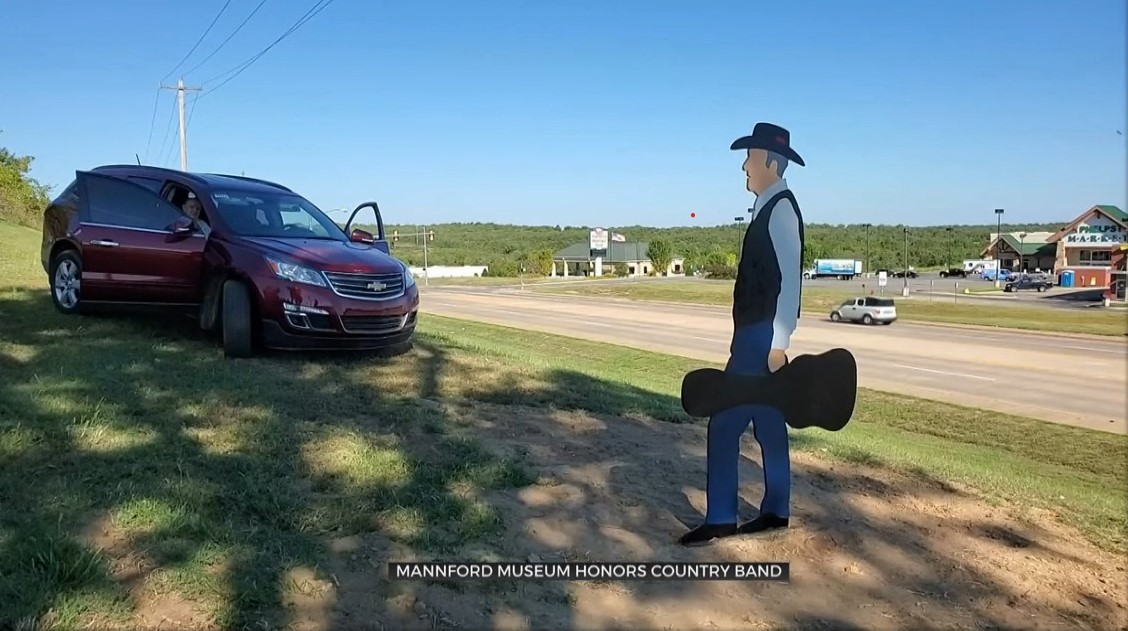 Few musicians are honored with a statue, but the steel silhouette that stands outside the Mannford Museum is tied to an individual, and a band that played music in town for years, a country act the town wants to remember.

The Mannford Museum stands on the western edge of town, with the steel profile of a cowboy outside, holding a guitar case. The man who inspired that profile showed up there in person for a brief reunion.

Benny Varnell was the model, and is one of the last two members of "Kenny and the Misfits." He still plays some, and though a stroke took away most of his words, he still has the smile he wore playing steel guitar.

Kenny Brashears was the leader of the band that played around Terlton and Mannford every Saturday night for 21 years without anyone ever buying ticket.

"We had more fun than you could imagine," says Varnell.

A friend of both, Amy Bowington, helped get the metal cowboy placed in the prominent spot by the museum. That led to an idea for a picture of the two of them with it, and it wouldn't do to not have their guitar cases and pose like the statue.

Kenny is 90 and Benny is 88. The other members of the band are already gone, and the grief was compounded when Kenny's wife Betty Jo died last year. They were married 69 years.

"This is their statue, their band, they've made a billion people happy through the years playing music," says Bowington.

She got her picture, and the two old cowboy singers got to smile and pose the way they'll always be remembered, with their guitars ready to go, for another night.