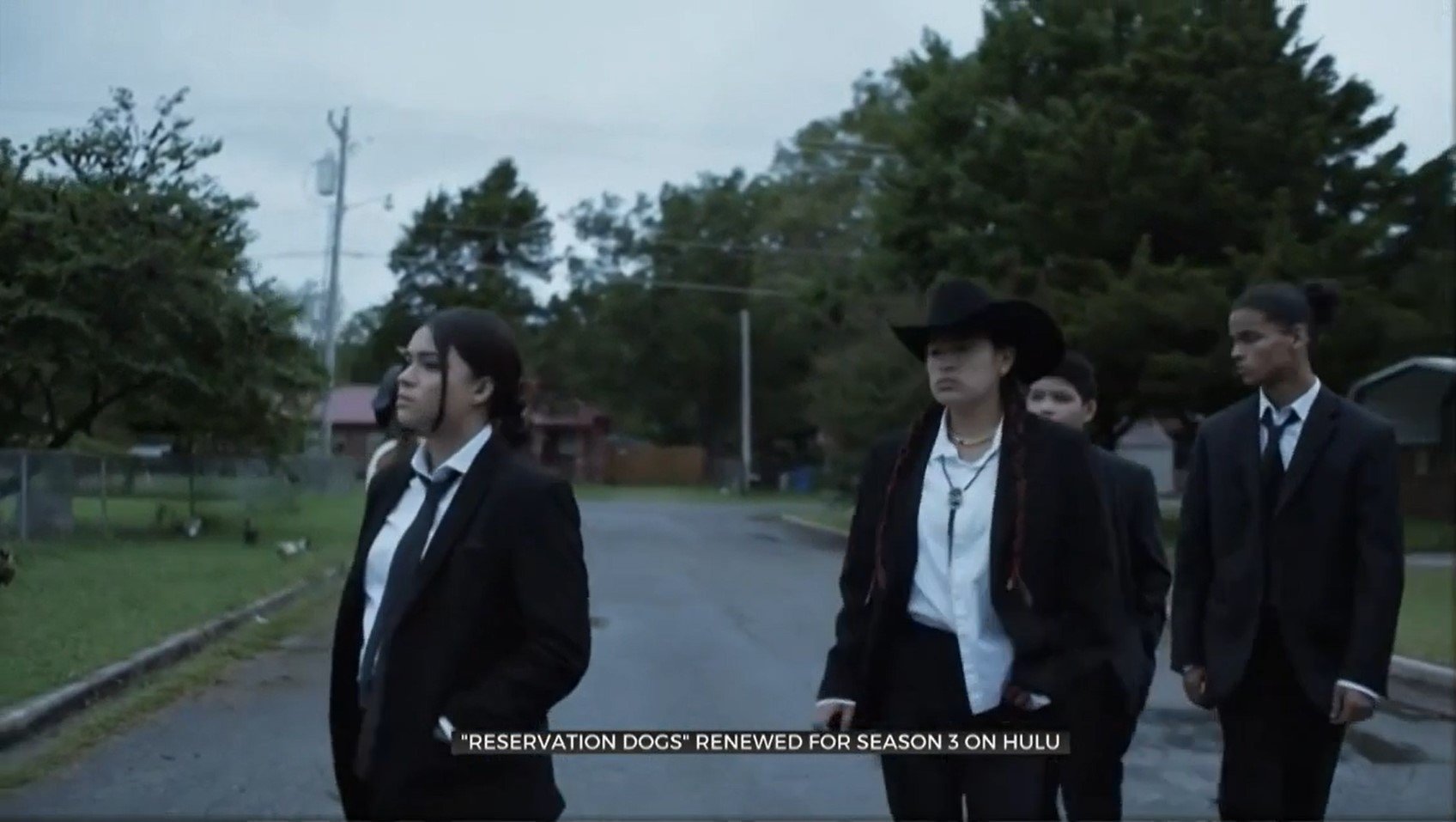 "Reservation Dogs" has been renewed for a third season on Hulu.

The series is about a group of Native American teenagers and is shot in Okmulgee and Tulsa. It's the first TV show to be filmed entirely in Oklahoma.

The final episode of season two comes out on Wednesday, and the new season is set to premiere next year.