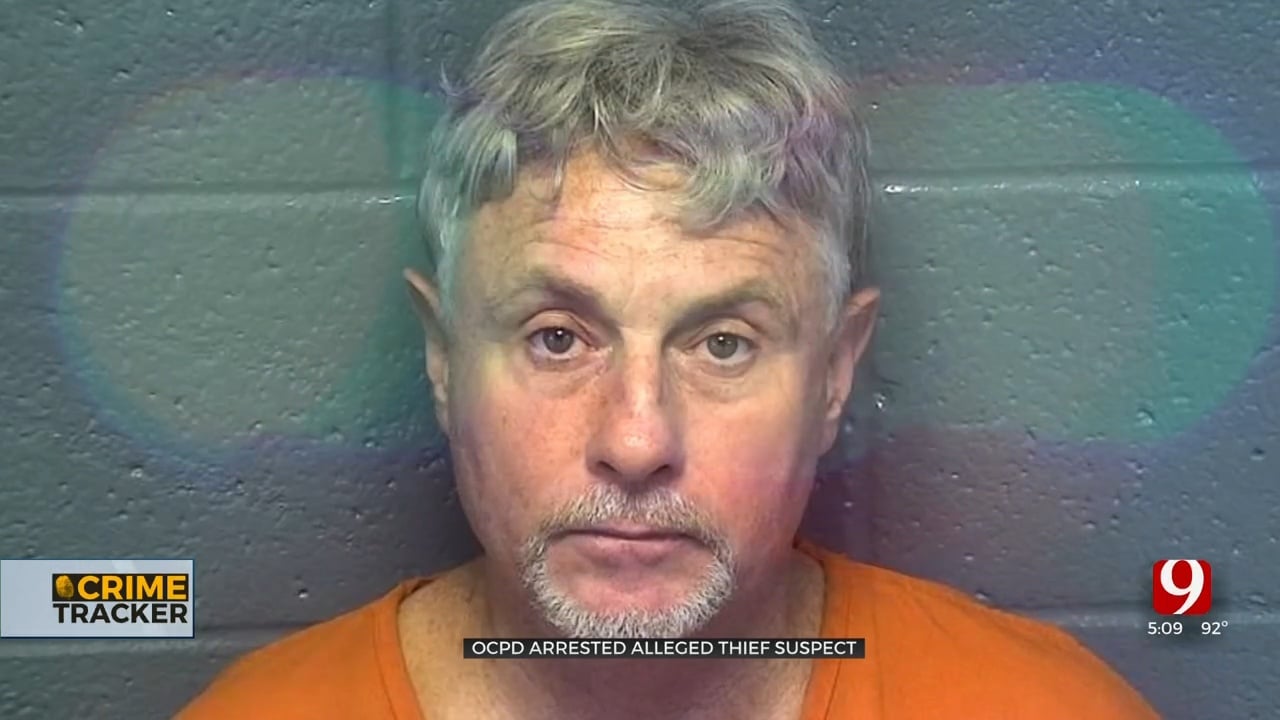 A suspected serial armed robber was arrested Thursday and booked into the Oklahoma County Detention Center, according to Oklahoma City police officials.

Investigators believe 57-year-old Roy Hudson could be connected to a string of crimes across the metro.

Police quickly tied the suspect to two armed robberies from last week, saying he wore the same clothes, walked with a slight limp and drove a recognizable motorcycle from the scenes.

A disguised Hudson walked up to the 19-year-old cashier and allegedly flashed a gun in his fanny pack, demanding money from the register. Investigators also have video of Hudson leaving the business on a light-yellow cruiser-style motorcycle.

The cashier at the gas station described a suspect similar to the armed robber earlier in the day. She told officers the man fled on a motorcycle.

“He was rather brazen,” said Knight. “He would just drive his motorcycle right up to the business. Park it, rob the business, go back out and get back on the motorcycle and ride away.”

Police believe Hudson could be responsible for a number of other armed robberies across the city and said the investigation is on-going.

Hudson was arrested at a home Thursday morning in Oklahoma City.

“Again, he is off the streets sitting in jail,” said Knight.

Hudson was also arrested on a warrant from 2020 for eluding officers during a pursuit.