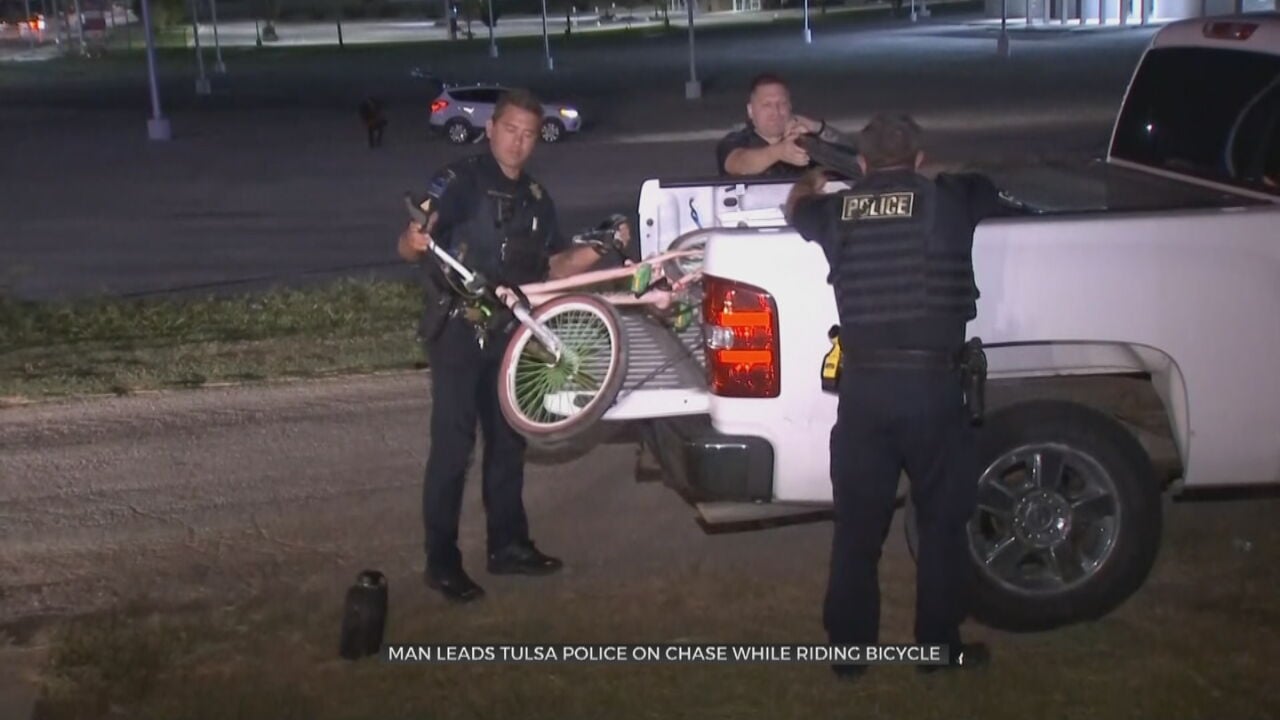 A man is in custody after leading officers on a chase while riding a bicycle, according to Tulsa Police.

Police say officers tried to stop the man around 2 a.m. on Friday morning for riding his bicycle without a light, which violates a city ordinance, but the man refused to stop.

According to police, an officer caught the man near East 36th Street North and North Peoria Avenue, but he resisted and an officer tased him.

Officers say they found a small amount of meth on the man and he was taken into custody.