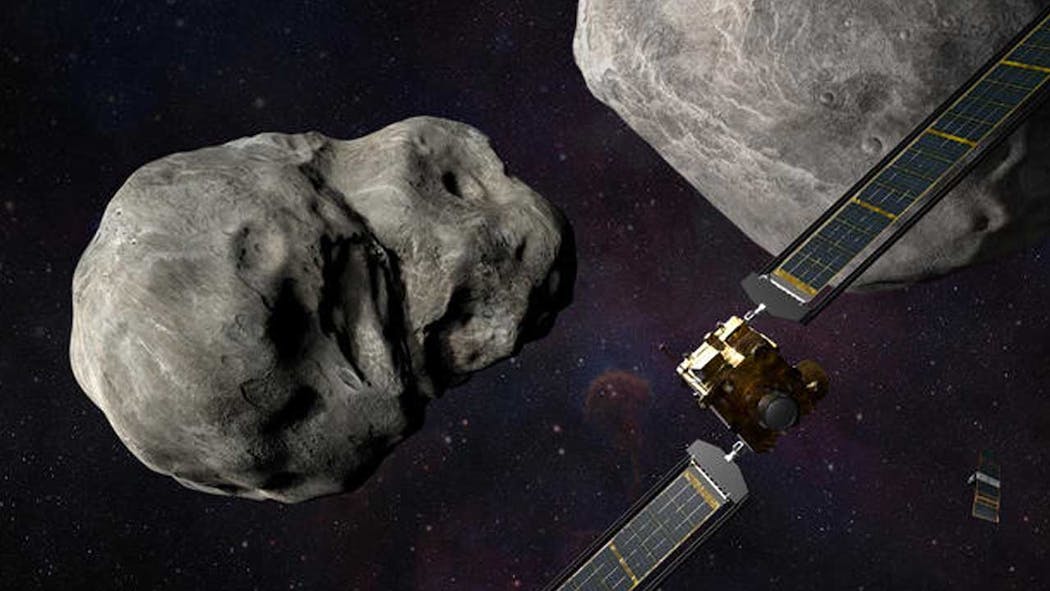 It's finally happening. After roughly a year of anticipation around NASA's Double Asteroid Redirection Test (DART), the mission will be executed on Monday night when the spacecraft is expected to crash into its target asteroid.

NASA said on Thursday that the mission — the world's first to test technology for defending the planet against potentially hazardous asteroids or comets — will strike its target asteroid at roughly 7:14 p.m. ET.

The spacecraft being tested will crash straight into the 525-foot moonlet, called Dimorphos, of the nearby asteroid Didymos. Dimorphos' size is "more typical of the size of asteroids" that would most likely be a significant threat to Earth, NASA previously said. It's a high-speed task with the spacecraft set to crash into the asteroid at just under 15,000 mph – faster than a bullet and rapid enough to change the moonlet's speed by a fraction of 1%, NASA said.

Neither Dimorphos or Didymos are currently a threat to Earth. According to NASA, there is no known asteroid larger than 140 meters (459 feet) with a "significant chance" of hitting Earth in the next century. However, only about 40% of those asteroids have been found as of October 2021. 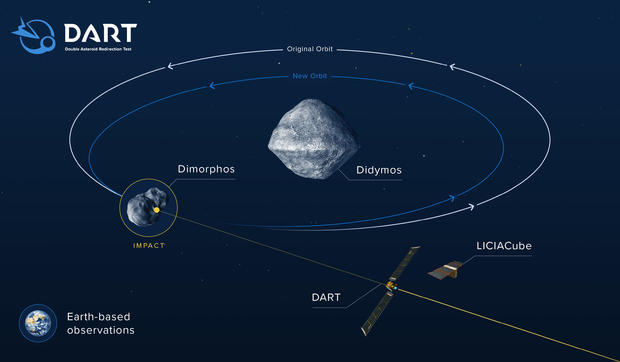 "We are testing to see if you can make impact with an asteroid and it change its trajectory in case we ever do find an asteroid headed towards Earth," Karen Fox, senior science communications officer at NASA said Thursday.

Katherine Calvin, NASA chief scientist and senior climate advisor, said that the agency looks at asteroids to better understand the history of the solar system and Earth, but also "to make sure that we don't find ourselves in their path."

"Asteroid impacts have also had profound effects on the Earth," she said. "They've changed ecosystems and led to the extinction of species. The dinosaurs didn't have a space program to help them know what was coming, but we do, and so DART represents an important progress in understanding how to avoid potential hazards in the future and how to protect our planet from potential impacts."

NASA planetary defense officer Lindley Johnson said that while DART is an "exciting time," it's also monumental for the "history of humankind."

"This demonstration is extremely important to our future here on the Earth and life on Earth," he said.

Telescopes on every continent on Earth, as well as the in-space telescopes Hubble and James Webb, will observe the impact of the mission, DART program scientist Tom Statler said.

The agency will provide a briefing on the test at 6 p.m. on Monday and host another after the impact at 8 p.m.