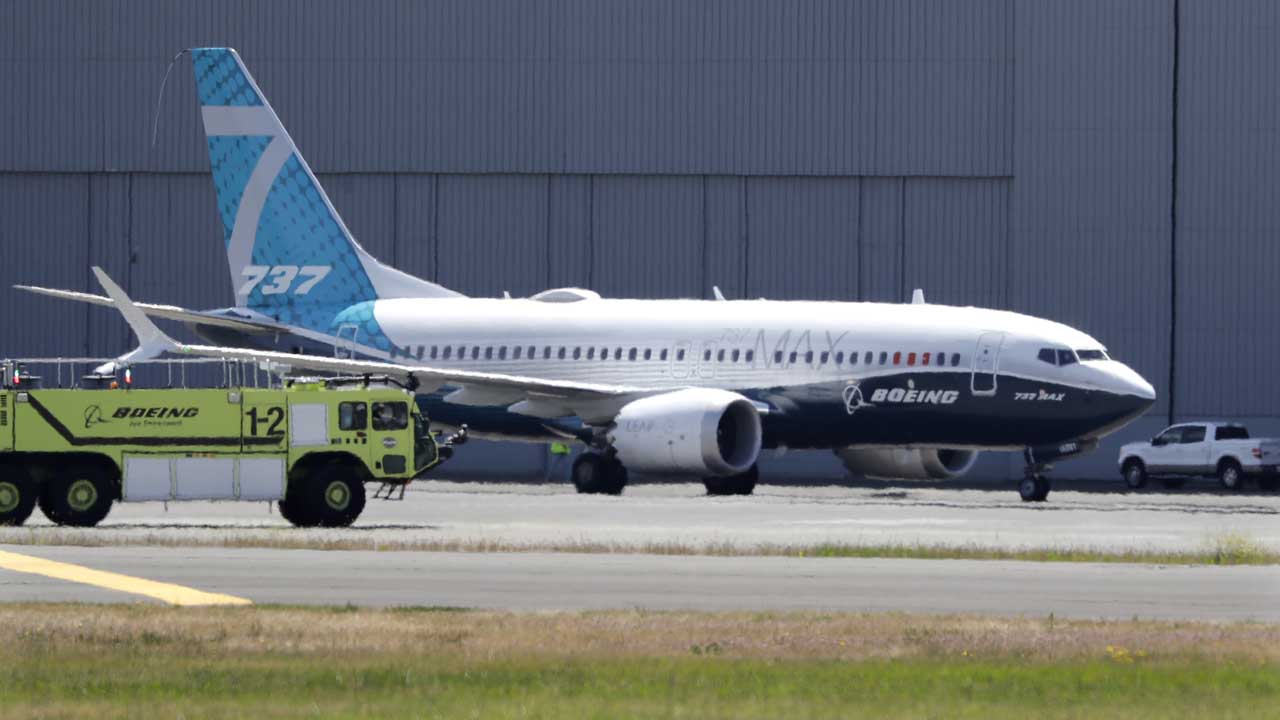 Boeing is paying $200 million to settle federal allegations of investor fraud surrounding its 737 Max plane, two of which crashed in 2018 and 2019, killing a total 346 people.

The aircraft maker and its former CEO, Dennis Muilenburg, allegedly misled the public and investors by claiming the plane was safe despite knowing that a flight-control system posed a safety risk, the Securities and Exchange Commission said on Thursday.

Muilenburg will pay an additional $1 million to settle the same charges, the agency said. Neither Boeing nor Muilenburg admitted wrongdoing as part of the settlement.

"Boeing and Muilenburg put profits over people by misleading investors about the safety of the 737 Max all in an effort to rehabilitate Boeing's image following two tragic accidents," Gurbir Grewal, director of the SEC's enforcement division, said in a statement. "But public companies and their executives must provide accurate and complete information when they make disclosures to investors, no matter the circumstances."

The SEC said Boeing and Muilenburg knew that the Maneuvering Characteristics Augmentation System, known as MCAS, posed a risk but promised publicly that the plane was safe.

After the crash of Lion Air flight 610 off Indonesia on October 29, 2018, Boeing said in a press release that "the 737 Max is as safe as any airplane that has ever flown the skies." By then, the company and its CEO already knew that the MCAS system posed a problem and had started to redesign it, facts which it left out of the announcement that Muilenburg himself edited, according to the SEC.

Less than five months after that accident, Ethiopian Airlines flight 302 crashed shortly after takeoff near Addis Ababa, killing all 157 people on board.

The SEC alleged that Boeing also falsely claimed that there had been no gaps in the process of certifying the plane in the first place.

Boeing, which neither admitted nor denied wrongdoing as part of the SEC settlement, told CBS MoneyWatch that it has improved its safety processes after the crashes.

"We will never forget those lost on Lion Air Flight 610 and Ethiopian Airlines Flight 302, and we have made broad and deep changes across our company in response to those accidents — fundamental changes that have strengthened our safety processes and oversight of safety issues, and have enhanced our culture of safety, quality, and transparency," a company spokesperson said in a statement.

He added that the settlement "serves the best interests of our shareholders, employees and other stakeholders."

Last year, Boeing paid $2.5 billion to settle criminal charges filed by the Justice Department that it defrauded safety regulators in connection with the development of the 737 Max. Most of that money went to airlines whose 737 Max jets were grounded for nearly two years following the Lion Air and Ethiopian Airlines crashes. The Chicago-based aircraft maker also settled a lawsuit by shareholders last year for $237 million.

A House report in 2020 found that both Boeing and the Federal Aviation Administration failed to protect the public, despite multiple Boeing engineers and test pilots who expressed concerns about the safety of the MCAS system.