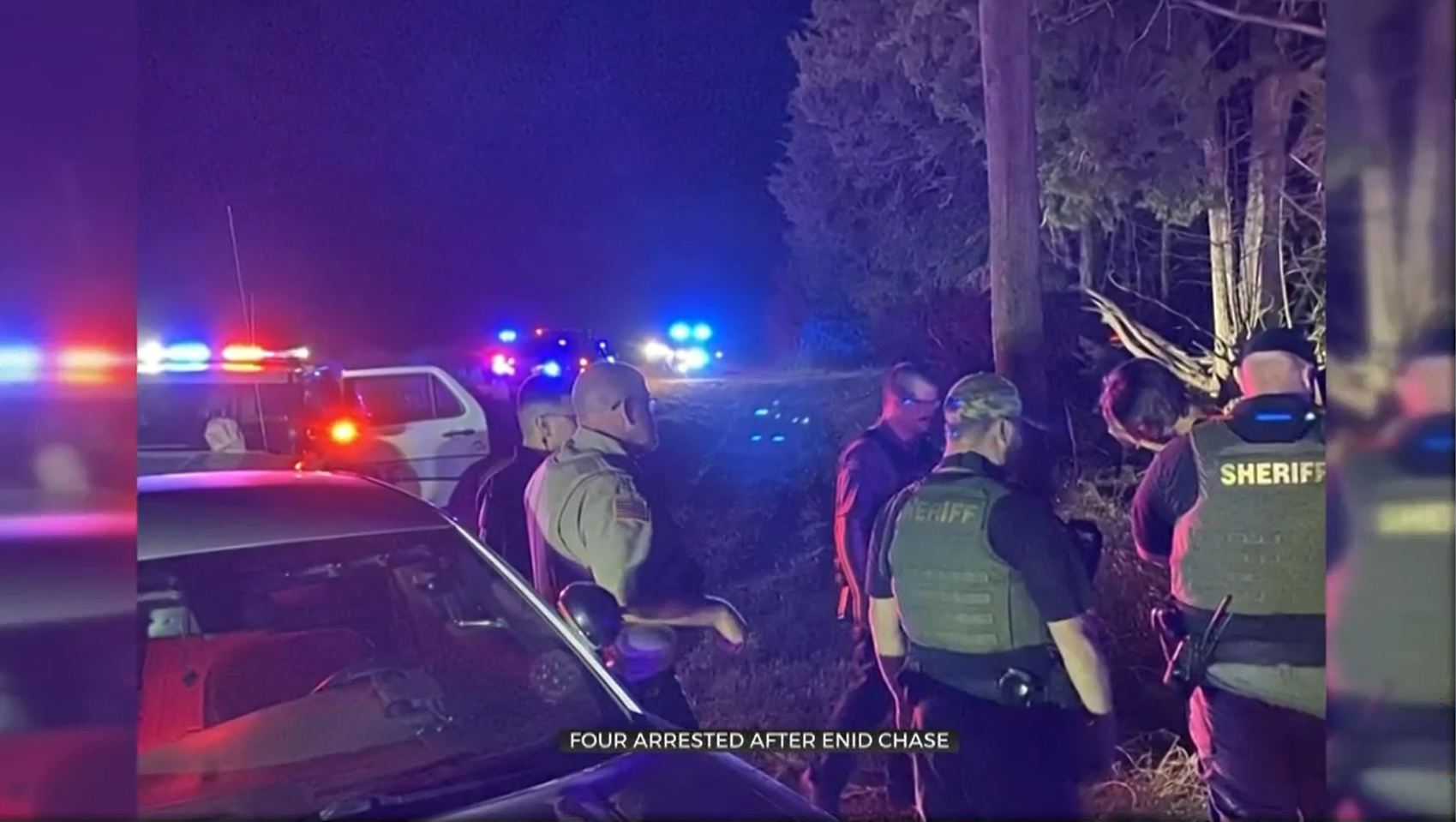 The Enid Police Department said officers were initiating a traffic stop Thursday night when the driver of the vehicle began to flee.

Enid Police said officers were able to use "stop sticks" to bring the chase to an end, but the suspects began to move on foot.