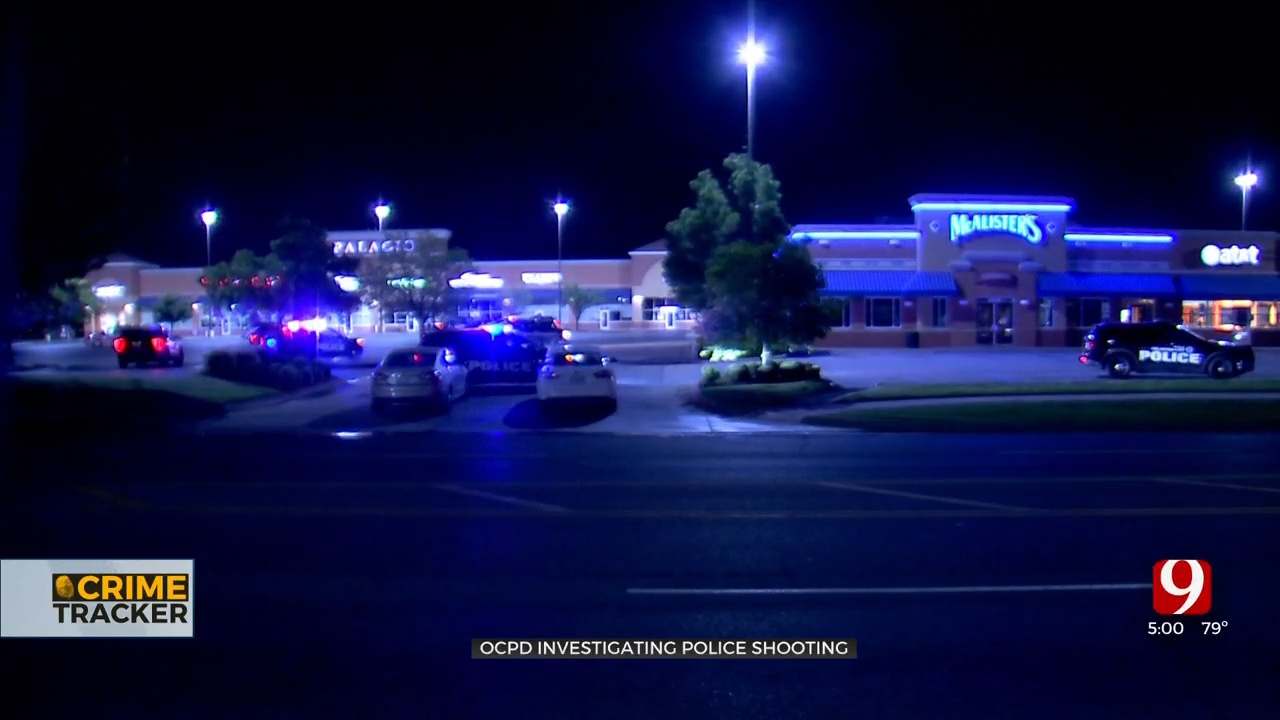 A stabbing suspect who was reportedly on the run was later sent to a local hospital on Thursday following an Oklahoma City police shooting.

Oklahoma City Police Department officials said one officer was placed on paid administrative leave. Police have not released the officer or suspect’s names.

Police were first notified of a domestic-related stabbing around 11:30 p.m. Wednesday at the Burntwood mobile home community near Southeast 89th Street and Bryant Avenue.

Officers found the stabbing victim and said the suspect was on the run.

“It was learned the suspect had fled from that stabbing call,” Oklahoma City Police Department Sergeant Dillon Quirk said.

Several miles away, an officer spotted someone driving erratically in a shopping center parking lot near the intersection of Southwest 104th Street and South Western Avenue.

“One of our officers attempted to make a traffic stop on the vehicle,” Quirk said.

Police said the driver stopped. However, the suspect's next move turned the parking lot into a shooting scene.

“He brandished a weapon. He did exit the vehicle with a weapon,” Quirk said. “That’s when the officer discharged their firearm.”

The suspect was shot once and taken to a local hospital with a non-life threatening injury.

Officers taped off the scene and stayed into the early morning hours. Police officials said the investigation will take several more weeks.

Department officials said more information on the investigation will be released Friday morning.