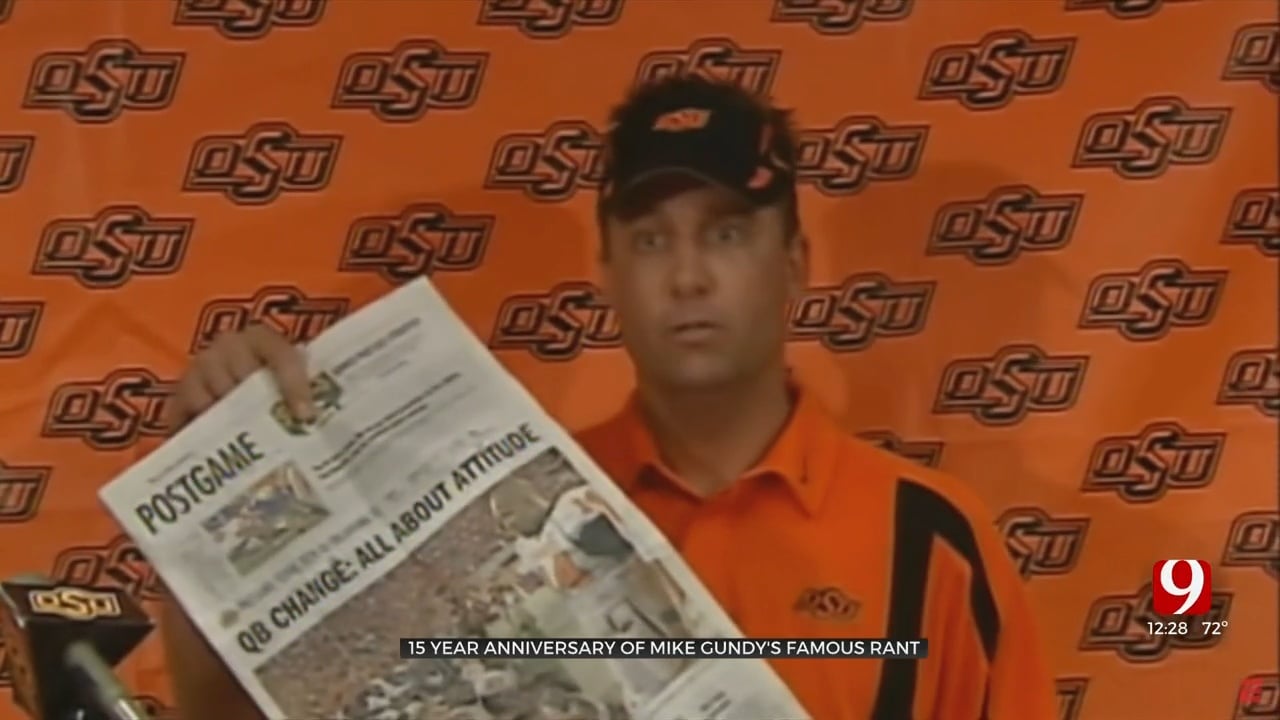 It was in Gundy's third season as the Cowboys head coach when he went on a three minute rant about a newspaper article that was critical of starting quarterback Bobby Reid who got benched.

The article claimed that it was Reid's attitude that led to the change.

Gundy then screamed that the claims were garbage and an unfair attack.