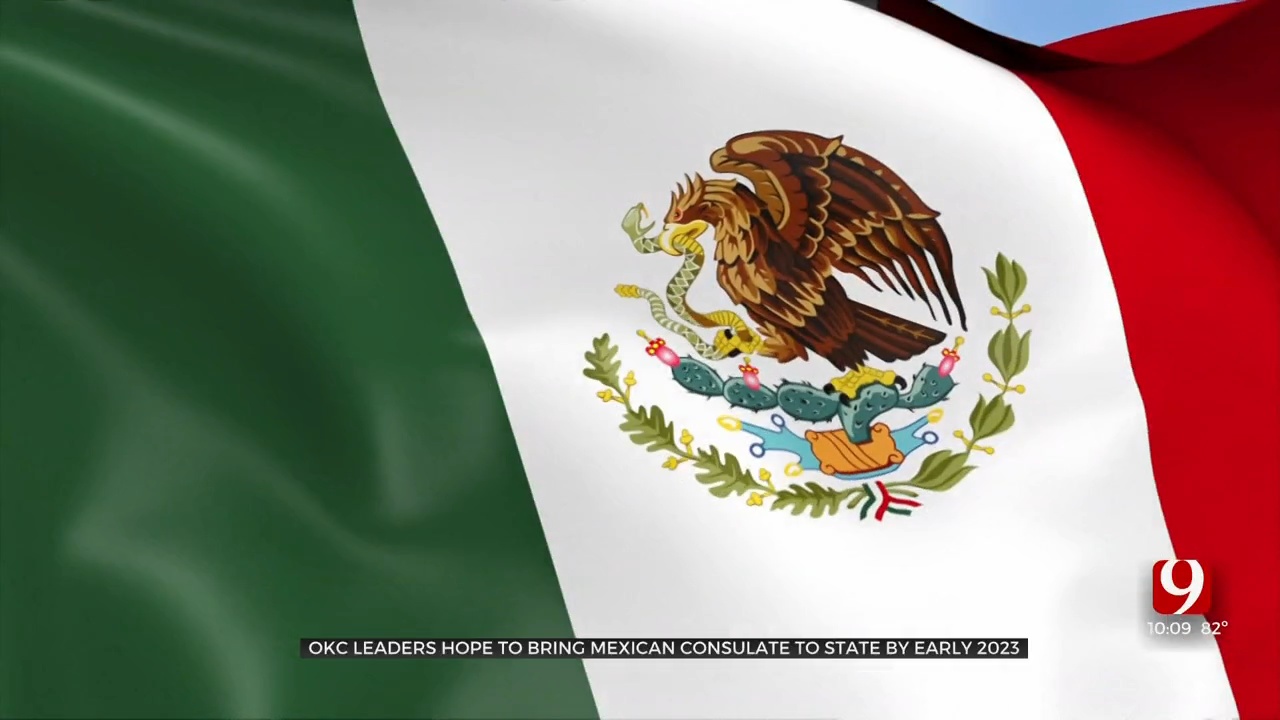 Talks of a Mexican Consulate coming to Oklahoma City have been in the works for over a year.

A delay in the process now means Mexican Oklahomans will have to wait longer to get an office closer.

The good thing is that we will be getting one, the question is when. The Mexican consulate was supposed to come to Oklahoma City this year, Mexican leaders now pushing the date to 2023.

“It’s very political, and so there is a lot of things going on in Mexico that have to occur first before this can happen. For example, the budget, to have an office here in Oklahoma City they have to establish a budget and so that has to be passe through congress and everything else,” said David Castillo, the President and CEO of the Greater Oklahoma City Hispanic Chamber.

Hispanic leaders welcomed the current Mexican Ambassador and consul Carlos Ignacio Giralt Cabrales over the weekend for a meeting with the Chamber.

“We wanted just to sit down and meet with him about some of the plans that they have for a new office that they establish in Oklahoma City,” said the President and CEO of the Chamber.

The Mexican Consulate was expected in Oklahoma City in 2022, leaders now crossing their fingers to open the office in early 2023.

“We are hoping for March, but he said, ‘Don’t count your chickens before they hatch’ those were his exact words actually,” said Castillo.

Right now, residents are forced to drive to Little Rock, Dallas or Albuquerque to get their legal documents.

“You have people that are renewing their visas, people that are getting what they called a matricula consular which is an ID, an official ID, Citizenship, dual citizenship they can do all that through the Consul,” said Castillo.

“They have to take off work, you have to stay in a hotel. It is very expensive for somebody to do that. There are more Mexicans in Oklahoma than there is in Arkansas, so it makes no sense to have the office in Arkansas,” he said.

They do have a mobile Consul that comes from Little Rock several times a year. They are also trying to get one from Dallas to help fill the need until we can get an office in Oklahoma City.

House To Vote On Respect For Marriage Act