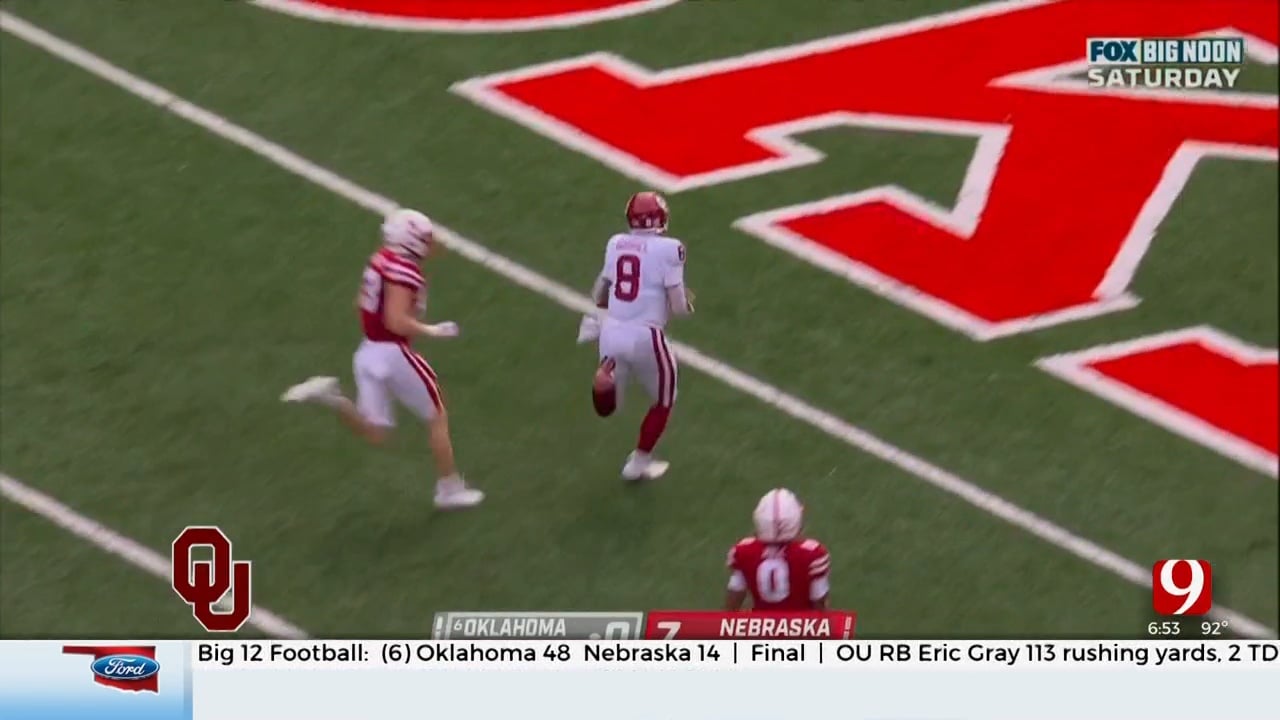 The Memorial Stadium crowd was as vocal Saturday as it had been in some time.

After all, Husker fans had not seen the Sooners (3-0) in Lincoln in more than decade. Back in 2009, in true Cornhusker fashion, Nebraska squeezed Oklahoma in a 10-3 win that certainly would have brought a smile to legendary coach Tom Osborne’s face.

The Huskers (1-3) sacked OU quarterback Dillon Gabriel on the Sooners’ first drive, which ended as a three-and-out. On the next drive, the Husker defense then had OU facing a third down at its own 39-yard line with seven yards to go.

If you were a Husker fan, you would have felt confident that a stop was coming. More times than not, seven yards is hard to come up with at one time. Coincidentally, the Fox broadcast flashed this graphic on its screen.

Gabriel took the snap. Zero for nine was about to become a very big one out of 10.

Offensive coordinator Jeff Lebby made the call for a draw, but Gabriel did the rest.

There are several things happening on this run. You can see his ability to avoid the referee, not to mention the wherewithal to avoid a tackler from behind while also walking a tightrope along the near sideline and finishing it for six.

It was easily Gabriel’s best moment as a Sooner.

“It was an easy job for me,” Gabriel said after the game. “I didn’t have to get touched or make a move. I did what I gotta (sic) do.”

Nebraska’s defensive miscue on the Gabriel run broke the levee. The crowd never returned to its earlier verve.

The Sooner offense then scored six more touchdowns to leave no doubt.