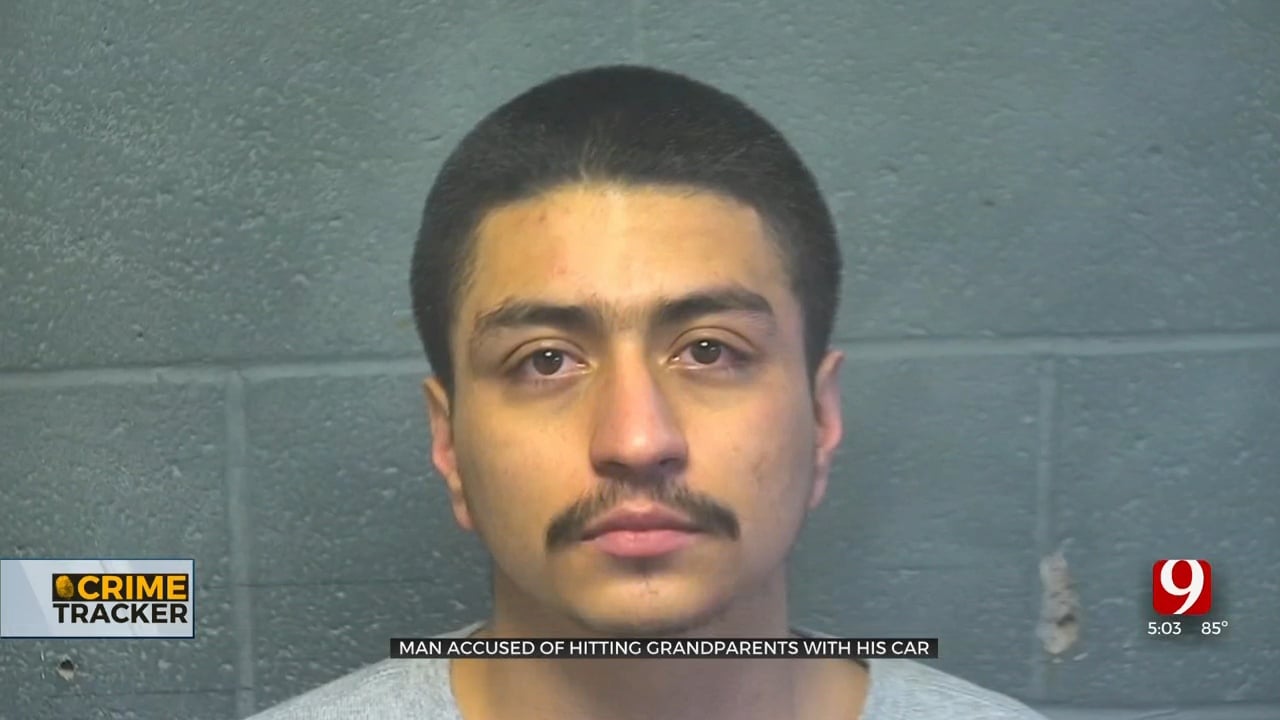 A Bethany man accused of running over his elderly grandparents and driving away on Wednesday was arrested, according to police officials.

Bethany police said the victims are recovering in the hospital with non-life threatening injuries and are expected to survive.

A neighbor in a cul-de-sac near Northwest 23rd Street and North Peniel Avenue said she rushed to the elderly couple's aid Wednesday evening after hearing a commotion outside their home.

Bethany police learned during the investigation there was a fight between 25-year-old Ricardo Rocha and his relatives over their vehicle. They were trying to stop Rocha from driving away.

“He backed into them at a high rate of speed,” Bethany Police Department Lt. Bradey Schmiedeberg said.

Rocha's mother spoke to News 9 by phone. She said her son has a history of mental illness and lived with his grandparents. She did not witness the fight but showed up to find her parents badly hurt and Rocha gone.

“I just left for two minutes and then I went back because my mom called me back,” said Rocha’s mother. “She was scared of safety (sic).”

Police said the victims were taken to the hospital with non-life threatening injuries. They also confirmed that officers have been called to the home before and that they were familiar with the suspect.

“One of our patrol officers who had a description of the vehicle was able to place him under arrest without incident,” said Schmeideberg.

Bethany police transported Rocha to the Oklahoma County Detention Center where he was booked on two complaints of assault with a vehicle and one count for driving a stolen car.

Rocha has been charged and convicted of several violent crimes in the past two years.