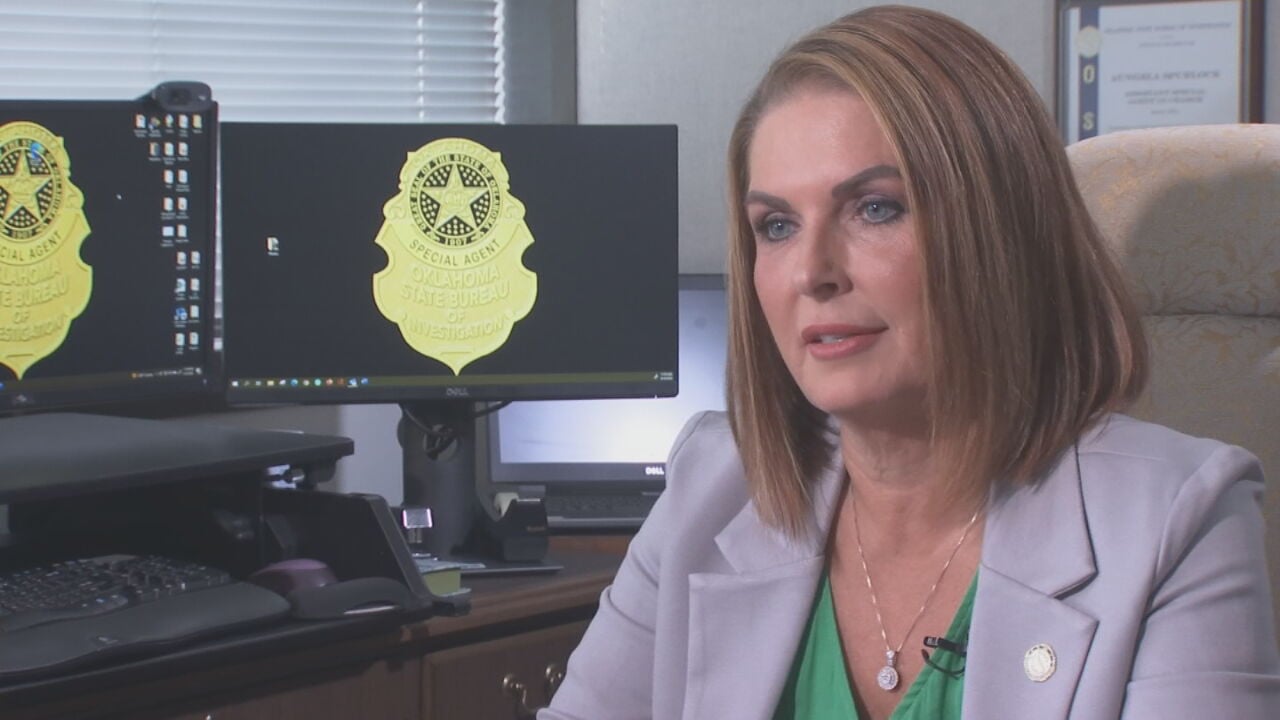 The new director of the Oklahoma State Bureau of Investigation is making history in her new role: Aungela Spurlock is the first woman to hold the job in the agency’s 98-year history.

News On 6 went to OSBI headquarters in Oklahoma City for an exclusive one-on-one interview with Spurlock.

Spurlock has been living and working in northeast Oklahoma for decades. She said she is moving to Oklahoma City this week and is humbled to be leading the agency.

“There was such an outpouring of support from inside the agency, team members, community people I’d work with over the years,” said Spurlock.

The 52-year-old said there are many leadership opportunities for the 300-plus men and women in the agency.

“It makes my job easier to know that I have those types of people,” said Spurlock. “Their ethics, they work hard, they want to make a difference and they come to work every day doing their best.”

Spurlock has been in law enforcement for 29 years, with 20 of those years in the OSBI.

She started as a resident agent in Northeast Oklahoma, then later led different regions in the investigative division and worked in the sexual assault unit and other projects.

“I don’t think you unsee the things you see, especially working kid cases when you have kids and just dealing with families and dealing with the horrors that we deal with,” said Spurlock.

Spurlock said the OSBI is in a good place, coming from the previous director who retired.

She said the agency is focusing on more partnerships, working on staffing, and starting systems to address the state's back log of untested sexual assault kits.

“We have a grant currently running,” explained Spurlock. “We were working with the AG’s office pretty heavily on that. We have now staffed that unit, so we have investigators working out in the field, we’ve partnered with the lab, AG’s office, some of our other agencies.”

Spurlock, who is married with four sons and two grandsons, said she is grateful for this new role and for her supportive family and colleagues.

Spurlock encourages the public to get to know their local agent and get involved in OSBI community events.