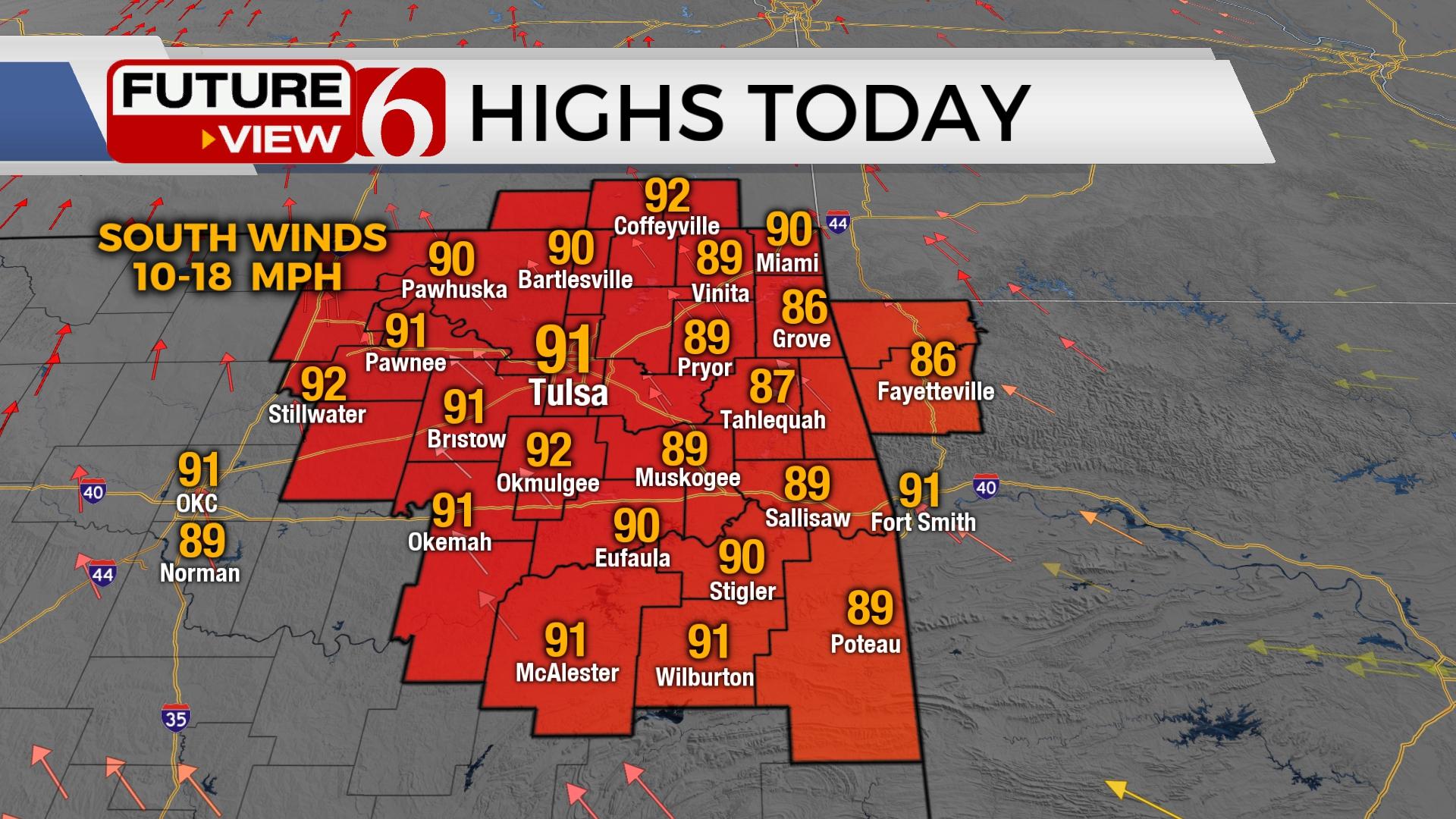 Afternoon highs will again reach the upper 80s across extreme eastern Oklahoma and lower 90s from Tulsa to the west. A more notable warming trend will be likely Friday through early next week with afternoon highs from 8 to 12 degrees above normal. The rainfall deficit continues, with the possibility of increasing fire danger issues this weekend into early next week. The mid-level ridge is mostly near and east but continues to influence most of eastern Oklahoma for the foreseeable future. A small disturbance this morning could trigger a few isolated showers near I-35 in north central Oklahoma and southcentral Kansas, but this chance also remains very low. A shortwave disturbance will gradually move across the Rockies into the central plains the next few days with a few scattered storms brushing far northwestern Oklahoma and southwestern Kansas the next few days. This activity will remain too far west to impact any of our immediate areas of concern. Late Friday night into Saturday morning may support the nearest approach for a few storms across far northcentral Oklahoma into southcentral Kansas before a stronger mid-level ridge expands from Texas into the southern and central plains. This brings increasing temps with morning lows in the 70s and afternoon highs in the mid-90s. Southwest surface winds from 15 to 25 mph will be likely this weekend into early next week. These environmental conditions combined with drying vegetation will support increasing fire danger spread rates across the state.

Most data support a stronger western U.S. trough developing next week that eventually brings a system near the state by the latter half of next week. Until this occurs, significant rain chances will not be included in the forecast. Thanks for reading the Wednesday morning weather discussion and blog.