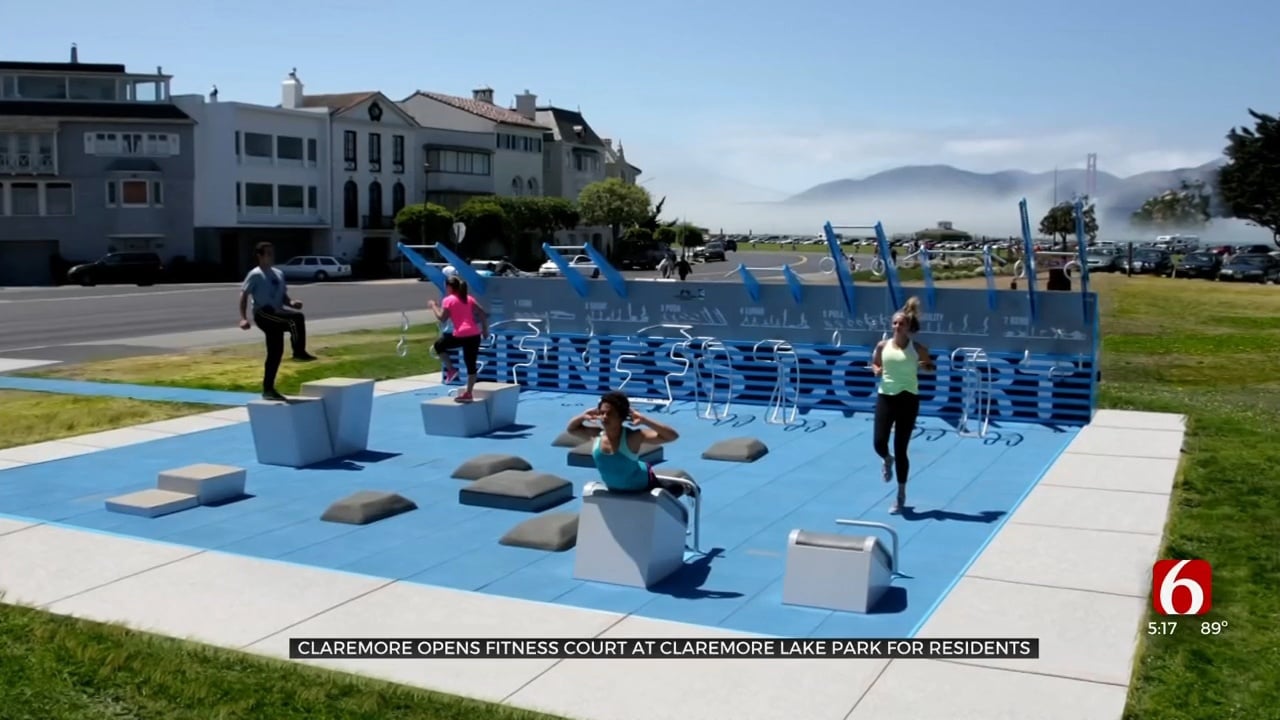 Construction is underway on a new fitness court that’s designed to get people moving in Claremore. City leaders are hopeful the new attraction will help bring more people to the area.

The 38-by-38 foot fitness court will be equipped with pull-up bars and areas for high jumping. It is designed for people to use their own body weight.

The court will sit near the splash pad inside Claremore Lake Park.

The city applied for a grant to get the court through the National Fitness Campaign. The fitness court will cost $155,000.

The grant from the campaign covers $30,000. The city said the rest of the park will be paid for through funding from the American Rescue Plan Act.

Similar parks exist in big cities around the country.

"They’ve started going into what they call urbanized rural areas, so Claremore fits that mold,” said John Feary, the City Manager for Claremore. “We're a huge destination and kind of the county seat so while the population may be only around 20,000 on any given minute, there's about 80,000 people in and around Claremore."

The city said while this is a way to promote healthy living, it will also be another attraction in addition to the trails for walking and biking.

"We have people come from all over the Green Country area, northwest Arkansas, to use our trails,” said Feary. “Anything we can do to get people here and put Claremore on the map, we're going to do.”

The city said now that the concrete has been poured, they'll be able to come out at the end of the month and start installing the equipment, which should only take a couple days and should be ready to go by October.