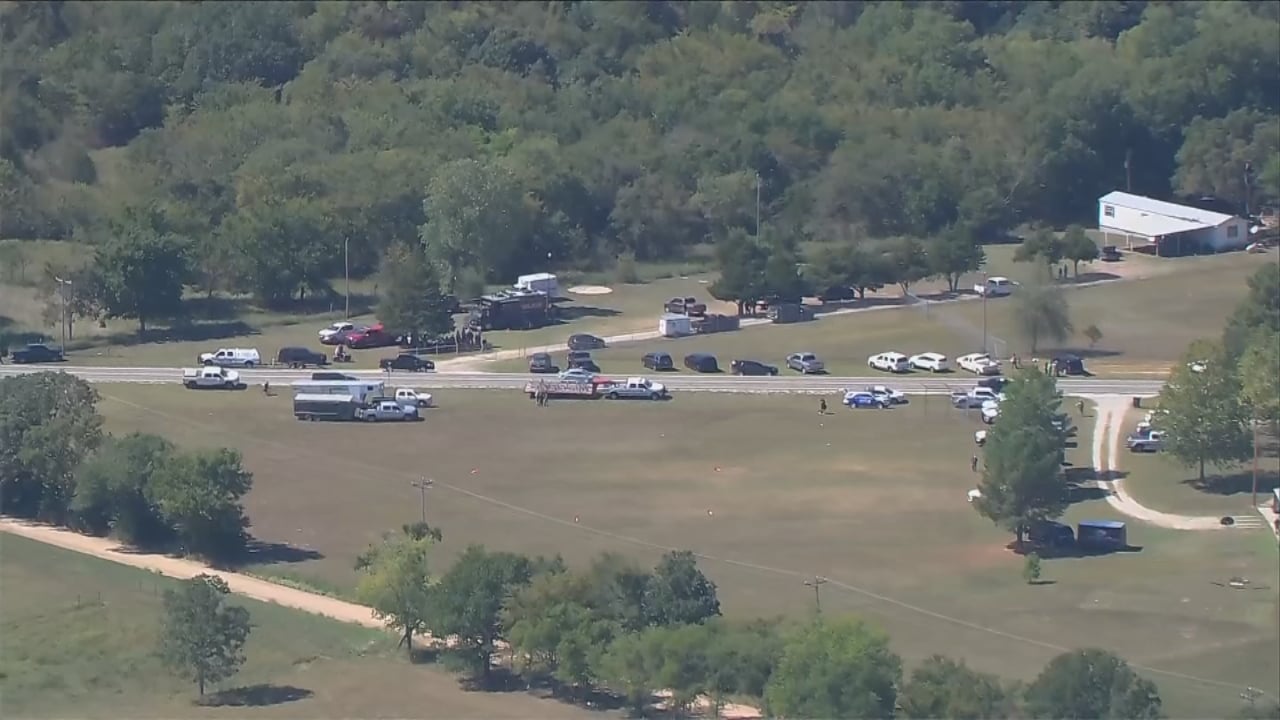 Nearly two dozen agencies came together to help find a missing boy in on Monday.

The search did not end the way anyone wanted, but first responders want everyone to know, that they gave it their all in this case, as they do in other emergencies. Dozens of members of law enforcement searched near Cromwell for 2-year-old Ares Muse.

"That family is what we are doing it for, that child and that family, to bring that child home," said Trooper Eric Foster with Oklahoma Highway Patrol.

The family says the little boy went missing from his house early Monday morning. Oklahoma Highway Patrol was there to help Muscogee Creek Nation in the search. Crews were using resources they had, from drones to boats, to the deep terrain team, a specialty team focusing on rural wooded areas.

"There's a lot of resources we have, that may be a smaller agency doesn't, there's a lot of emergency management, in those counties that have the equipment, and we all lean on each other," Foster said.

Ares was found around 6 by the Pontotoc County and Colgate Fire, about a half mile from his house. It was heartbreaking for all of the searchers, but, they also have a sense of pride that everyone from so many agencies, state and tribal, came together.

"Really we're all on the same team, we all have the same purpose, providing safety and security, and these troopers live in these areas, and they care," Foster said.

Foster says these situations can weigh on law enforcement, but it's nothing like what the family is going through. He's thankful to be in Oklahoma where everyone can work together.

"We're not doing it because someone said hey here's your job for today, I guarantee you that every man and woman that showed up there, when they found out there was a child missing, they weren't going to stop until they found that child," he said.

The Muscogee Creek Nation says the boy has been sent to the Medical Examiner so they can determine his cause of death.