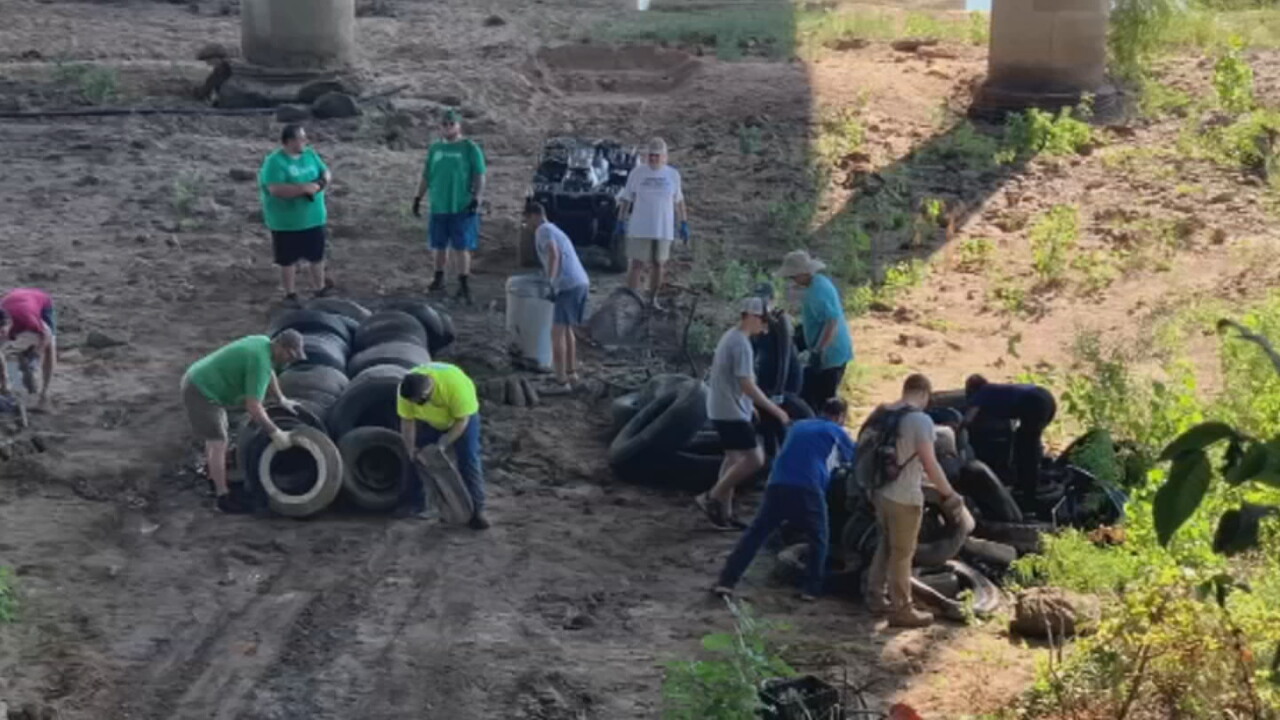 What started with a Tulsa man digging up old tires along the Arkansas River has led to hundreds of tires being picked up and removed.

A lot has happened since people started noticing hundreds of tires standing up along the river. Over the past few weeks, 300 tires have been removed, and the story has come full circle. Zane Bettis, with his shovel and determination, inspired dozens of people to clean up the Arkansas River.

News On 6 introduced you to the 26-year-old on Aug. 19, the week he started digging up and standing up tires.

"It was kind of like, you know, what people would say ‘God's calling’ for me to come out here and start doing the digging and what not," said Bettis.

"People are very quickly to try to get involved, especially when people can see a tangible way to effectively correct something," said Bettis.

Ryan Howell with the River Parks Authority said it is helpful for the authority to have volunteers.

"In the entire park, we have 11 miles of riverfront park, and so that would be impossible for our 12 staff, even if they were full time, to clean it all up,” explained Howell.

After the 300 tires were stacked, the Oklahoma Department of Environmental Quality called a tire processor to pick up the tires.

Kole Kennedy with the DEQ said tires are fire and health hazards.

"Tires are an environmental hazard because they are houses to many vectors, including like snakes, rats, mosquitos, that have deadly diseases like Zika and West Nile," explained Kennedy.

Kennedy said the DEQ works with three processors in the state.

RTR Environmental of Noble, Oklahoma, showed News On 6 how tires are turned into crumb rubber, used for football fields and tracks.

Kennedy said the tires can also be turned into rubber-modified asphalt and tire-derived fuel, which replaces the need to burn coal.

The DEQ said last year, 200 partnerships helped recycle more than 250,000 tires. Both the DEQ and River Parks advised the public if you want to clean up along the river, contact their offices rather than go out on your own.