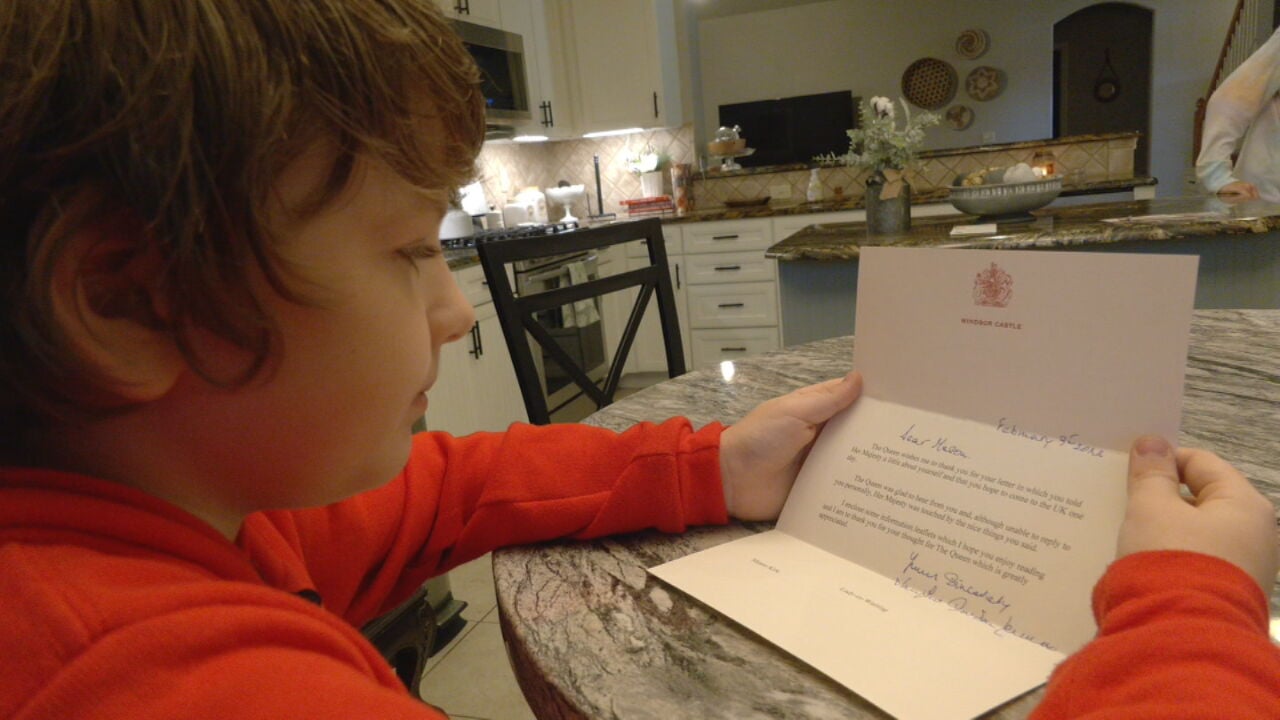 An 11-year-old boy in Owasso is sharing how he once heard from Queen Elizabeth II's office, after he had sent the Queen a letter when she was sick.

He said he's sad she died, but will cherish this memory forever.

Mason Kirk in Owasso loves everything about the United Kingdom, that's why when he heard Queen Elizabeth wasn't feeling well last year, he decided to write her a letter wishing her well.

"I just wrote, 'Hi my name is Mason and I hope you get better and I like the uniforms on the Royal Guards, and I wish to visit London one day,'" Mason said.

He wrote the letter in November, and after a few months had passed he thought he wasn't going to get anything back. Then in February of this year, he got a letter from the Queen's lady in waiting. Both Mason and his mom Rebecca were shocked.

"I had kind of prepped him, and let him know, you know Mason, she probably gets hundreds of letters every single day, so don't be surprised if we don't get a response," Rebecca said.

Rebecca said when someone does something nice for your child, it's touching. But when it's the Queen of England, it becomes a memory they'll never forget.

"When the Queen of England, who is one of the most prominent governmental figures in the world takes the time out of her day to make sure a personalized letter is sent to a little boy in Oklahoma, it really speaks to her character as a human being," she said.

Mason said he was really sad to hear the Queen had died, especially on his 11th birthday. But he said he'll always remember how she made sure a letter was sent to him, and he can't wait for his trip one day to the United Kingdom.

"I kind of felt special because she would take that much time to write a letter back to me," he said.