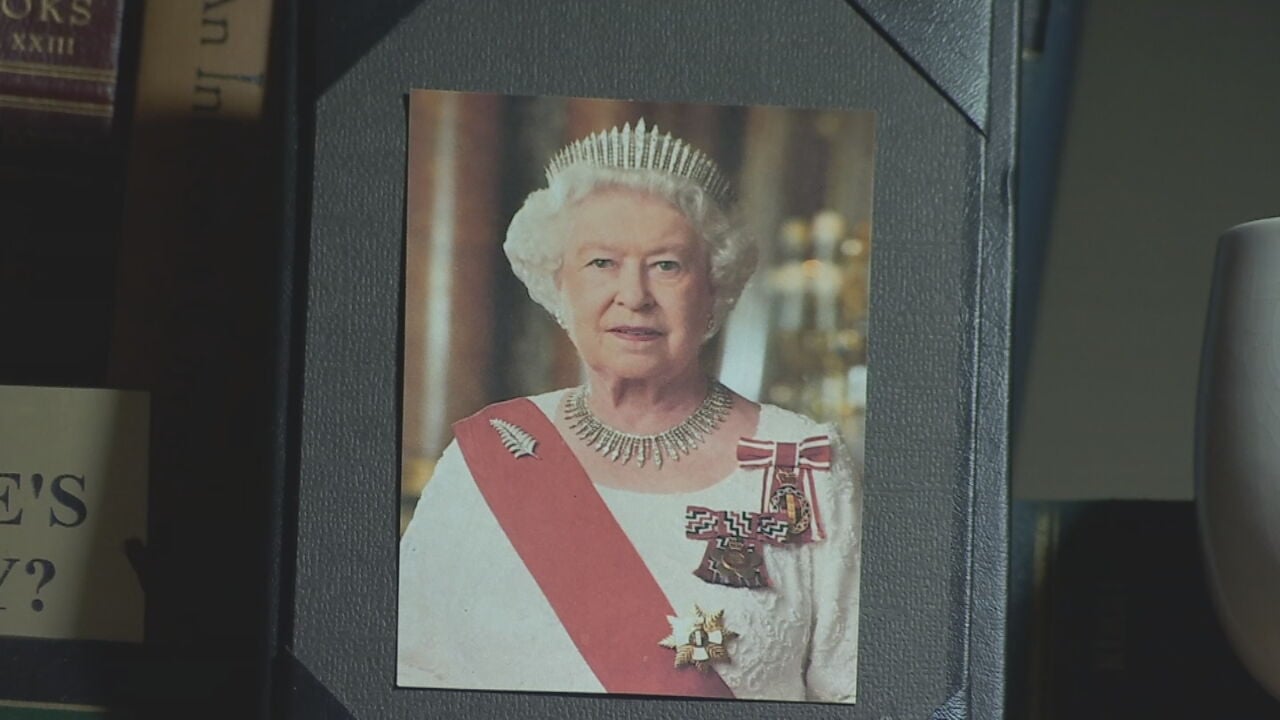 She was the longest-serving head of state in the world at the time of her death and fascinated many.

Throughout Green Country, there are tributes to England, such as a phone booth at 3rd and Lansing that came from Liverpool.

That is also where the owner of White Lion Pub near 71st and Yale lived before moving to Tulsa and sharing her love of the English culture.

Of all the decorations and collectibles inside White Lion Pub that pay tribute to the United Kingdom, a piece of mail is the pride and joy of Elizabeth "Betty" Southard.

It is a card from Buckingham Palace, congratulating the Southards on their 50th wedding anniversary.

"It will be a treasure for me and then hopefully my children and my grandchildren,” said Southard. “They can enjoy having it. They're all into all the English things."

The card is extra special since the Liverpool native lost her husband last year, and the Royal Family is now mourning Queen Elizabeth II's death.

"It's a sad day in as much as she's not there, but I think the memories of her will linger forever,” said Southard.

The 89-year-old shares her first name with the Queen and a love for England, which she shows through her restaurant.

"We just don't realize how many American people love the monarchy and love the stability and her graciousness,” said Southard.

Southard plans to celebrate the queen's life with one of her majesty's favorite drinks, a Gin and Dubonnet, and cheering on the new king.

"I think Charles will do pretty well actually," said Southard. "He's got the stance, the gracious gentleman type that will lead the country."

Southard said staff want to do something to honor the queen and will share that information on the restaurant's Facebook page when they decide on the plans: https://www.facebook.com/WhiteLionPubTulsa