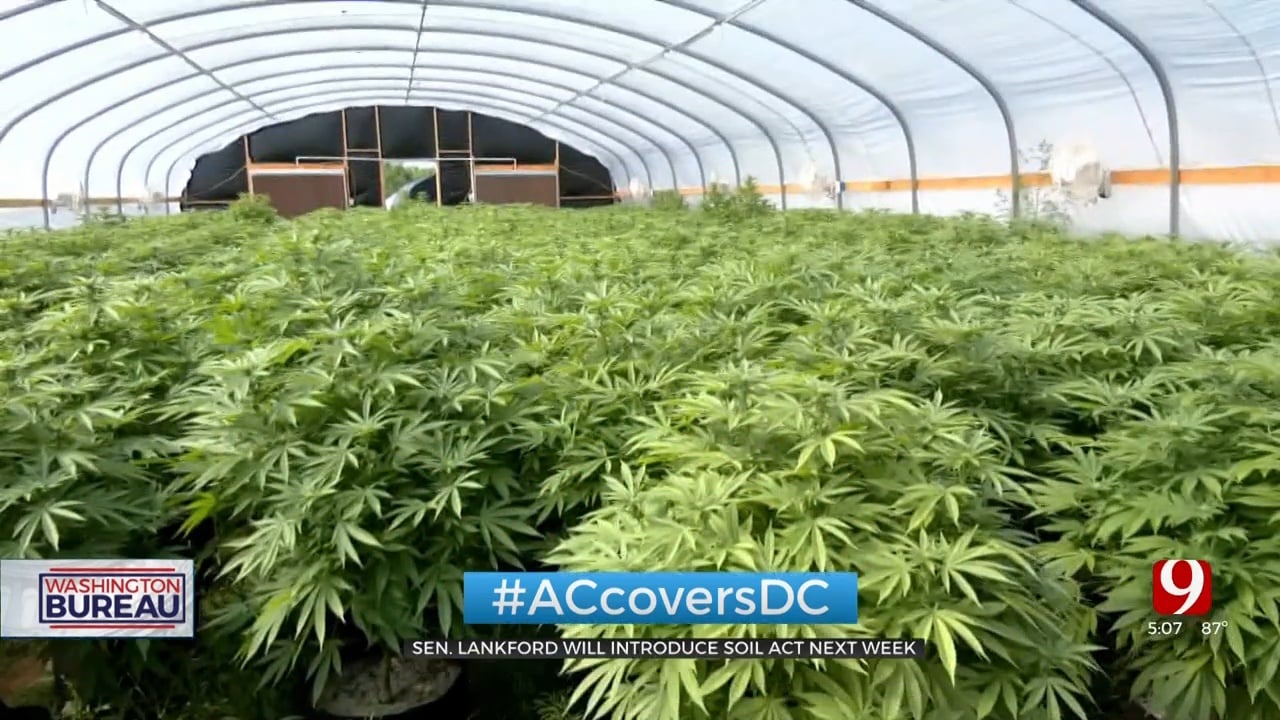 Oklahoma Senator James Lankford plans next week to introduce a bill -- similar to legislation introduced last year by Rep. Frank Lucas -- to help prevent criminal foreign entities from buying up agricultural land in Oklahoma or anywhere else in the country.

Public safety and narcotics officials in Oklahoma said one of the unforeseen consequences of legalizing medical marijuana is the way that drug trafficking organizations are now operating inside the state's medical cannabis program.

They said an increasing number of international criminal entities are fraudulently obtaining Oklahoma licenses, which appear legitimate on the surface, and allowing them to traffic their marijuana to black markets throughout the United States.

Lankford said the problem has exposed a loophole in the system: neither the U.S. Department of Agriculture nor any other entity screens agricultural purchases by foreign operators.

“The state’s ‘legal’ marijuana trade has...predictably attracted transnational criminal organizations to Oklahoma that are trafficking drugs and people,” said Sen. Lankford (R-OK) in a statement. “The transnational criminal organizations have partnered with Chinese-nationals to buy land and businesses throughout Oklahoma. This is a national security issue and a human rights issue. We need to know who is buying our land, how they are using it and if any criminal activity is occurring.”

Most important, Lankford said, is getting the USDA a seat at the table with CFIUS so that it can be part of the process of reviewing farmland purchases.

Earlier this summer, Lucas and other Republican lawmakers, noting with alarm that "Chinese land holdings alone increased from 13,720 acres to 352,140 acres between 2010 and 2020," sent a letter to Agriculture Secretary Vilsack urging action to bring more transparency to these purchases because "our constituents deserve to know as much as possible about foreign acquisition of domestic farmland, regardless of whether we are concerned about the motives of the parties involved."

Lucas and Lankford appear to be on the same page.

"I want to make sure that we have a national check, just like we do on a technology entity, [but] also for agriculture,” Lankford said in an interview Thursday.

Lankford said this is not a partisan issue and that he’s had good conversations with the Biden Administration about the issue.