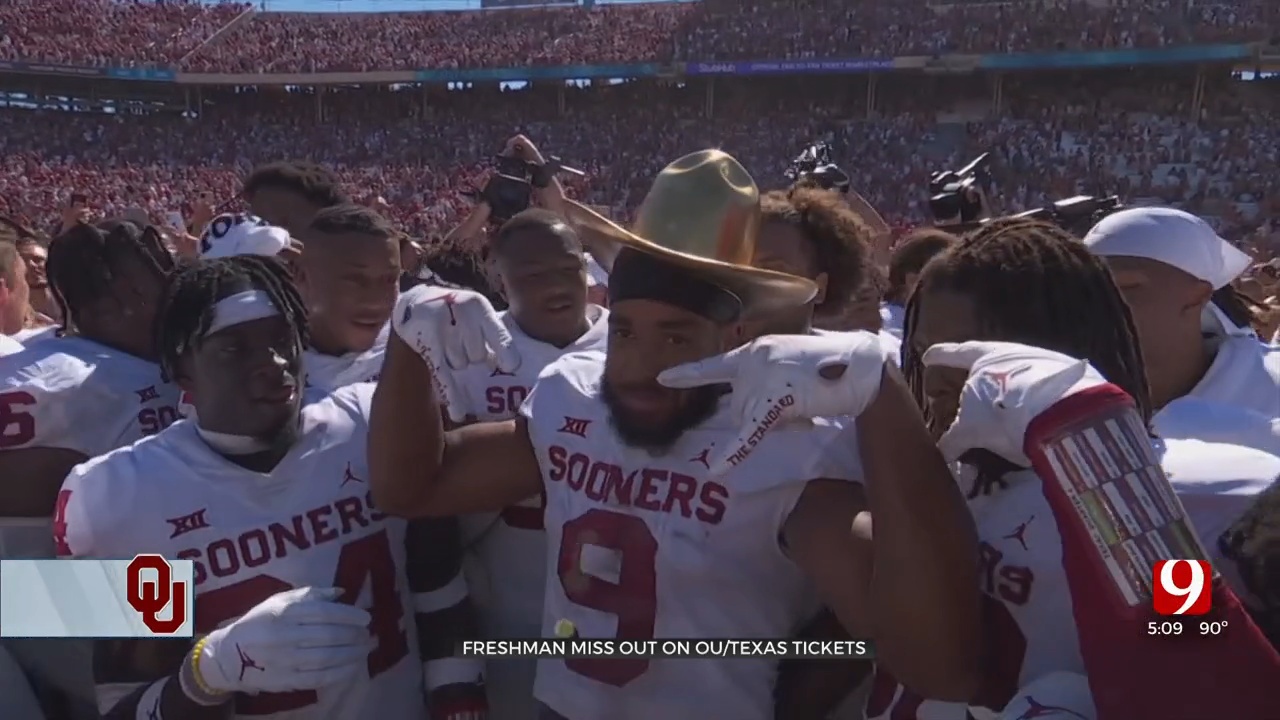 Most Sooner fans will tell you it’s the best game of the year, but this year, student tickets for OU-Texas sold out in about an hour.

Some said they were excited for their first trip across the Red River for the game, but most of them are left without a ticket.

“I know the OU-Texas game is such a big game,” student Khushi Demani said.

“I definitely want to experience that as a freshman," student Anusha Fathepure said.

Most OU freshmen won’t get their hands on those tickets.

Some freshmen said they tried to get a ticket right when they went on sale at 10 a.m. Tuesday, but the website said the tickets were already sold out.

“I got everything ready yesterday because I thought they went on sale at 10 in the morning. I was disappointed that I couldn't get them,” student Kate Yamashita said.

“It's really by luck of draw, if you're going to get those tickets or not," said Demani.

Most of the tickets went to OU upperclassmen.

Most of the freshman students who didn’t get a ticket said they would be willing to pay hundreds for a ticket to the game.

News 9 spoke to several OU freshmen Wednesday but only heard from one who got a ticket to OU-Texas.

The only freshman who got a student ticket and spoke with News 9 was Gage.

“I think I just got really lucky,” Gage said.