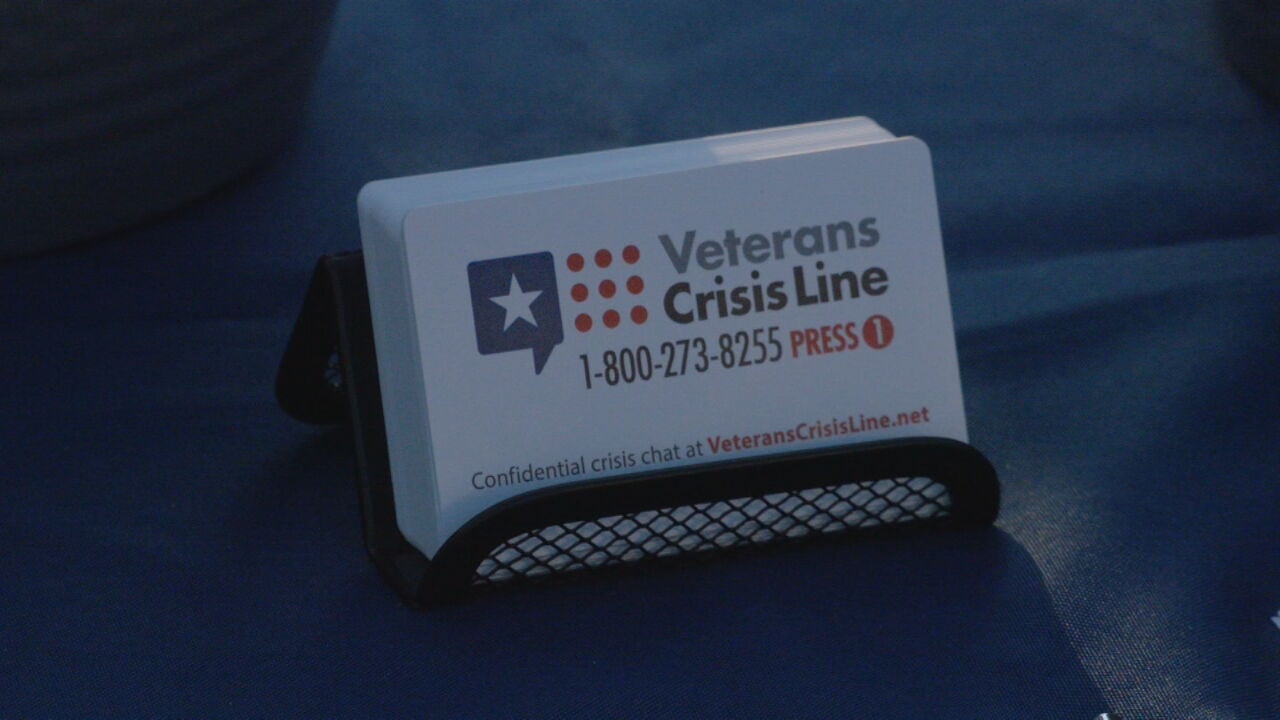 Coon has now dedicated his life spreading awareness about suicide among veterans. He spoke Wednesday at the Eastern Oklahoma VA's Uniting at the pole event.

This cause also hits close to home for Navy veteran Thomas Mercado. He suffers from PTSD and nearly took his own life in 1997.

"I put the gun to my head and pulled the trigger but there was no bullet in there. So it's very important to me that veterans know that they're not alone," Mercado said.

Mercado served in the Persian Gulf War and said he's glad there are now resources for veterans, which he said is a huge shift from when he was in his darkest time.

"I didn't even know what PTSD was. All I knew is I was having nightmares every night and I didn't know how to stop them," Mercado said.

According to the US Department of Veterans Affairs Suicide Prevention report, in 2019, 17 veterans lost their lives every day to suicide.

The Cost of War Project estimates that since the 9/11 terrorist attacks, over 30,000 veterans have died by suicide.

Mercado hopes awareness spreads so that other veterans who are struggling can see there are people willing to help.

"There's people that you know possibly that could be one of those 22," Mercado said. "All you need to know is there is hope."

If you or anyone you know is dealing with thoughts of suicide, you can get help right away by calling 988.

Crisis Text Line is a texting service for emotional crisis support. To speak with a trained listener, text HELLO to 741741. It is free, available 24/7, and confidential