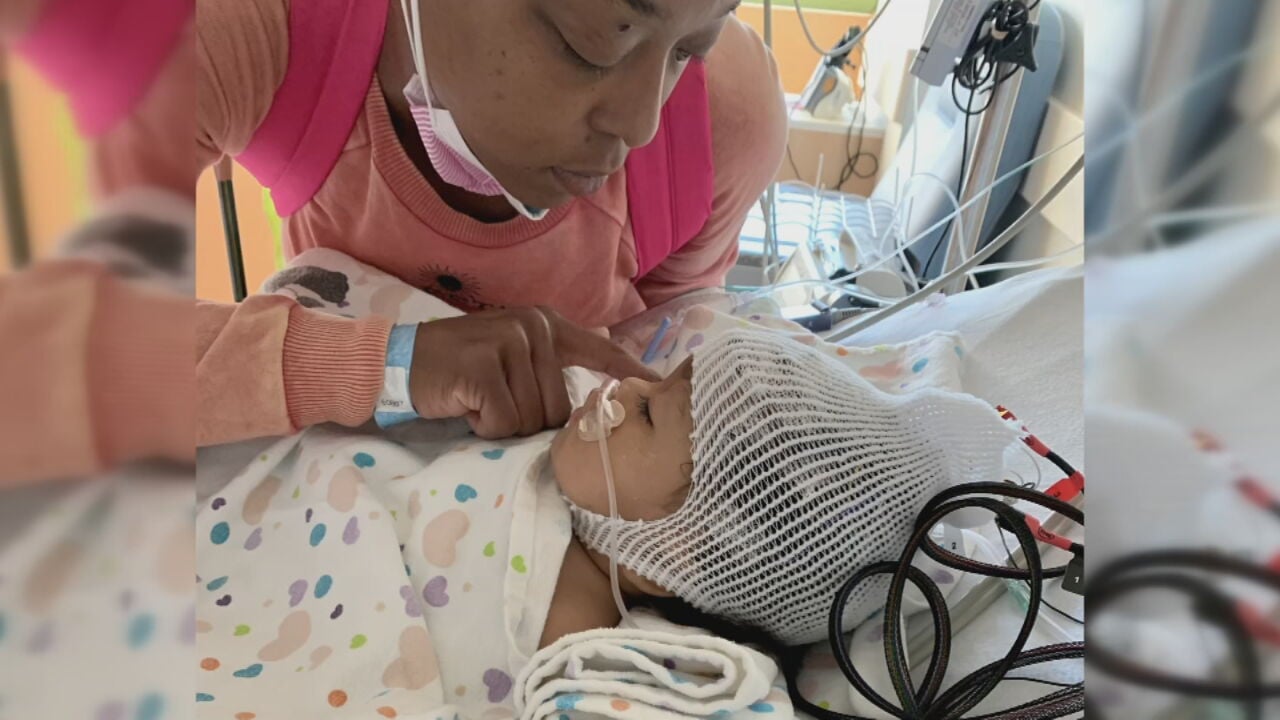 Editor's Note: On Sept. 8, the family said four-year-old Sevyn who was injured in the crash has been taken off of life support.

On Aug. 30, Courteney Nelson and her four children, ages nine months to six years old, were in a minivan on their way from New York to Dallas to visit family when their lives were changed forever.

The Pryor Creek Police Department said the family was stopped at a red light on U.S. Highway 69 near MidAmerica Industrial Park when a semi-truck slammed into the back of the van.

Police have confirmed that the truck driver is 42-year-old Michael Allen, Jr, from Springfield, Missouri. No charges have been filed while police and the Oklahoma Highway Patrol are inspecting the truck and investigating what led to the crash.

In an exclusive interview with News On 6, Nelson shared the moments before the crash and how her family is recovering.

"I heard a ‘snap,’” said Nelson. “I heard a ‘snap,’ and I turned around, and then all I could see was the back of my car was just spinning out of control, and I realized the ‘snap’ was us being hit."

Nelson said she is grateful for the first responders and good Samaritans who helped pull out her kids, who are nine months old, three years old, four years old and six years old.

"The back of the car was crushed like a soda can, so my kids in the back seat were pinned up against the second-row seats," explained Nelson.

Nelson said she is praying she will be able to hold all four of her babies again.

She said six-year-old Asaad-Nasir and three-year-old Cali-Amour are out of the hospital. But "Baby Reign" is in the ICU, and four-year-old Sevyn has no brain activity.

"I'm still waiting for Sevyn,” said Nelson. “I'm still holding out hope that Sevyn has some type of divine intervention with his condition right now."

Nelson and her family want the truck driver to be held accountable.

You can click here to donate to the Nelson family's GoFundMe.