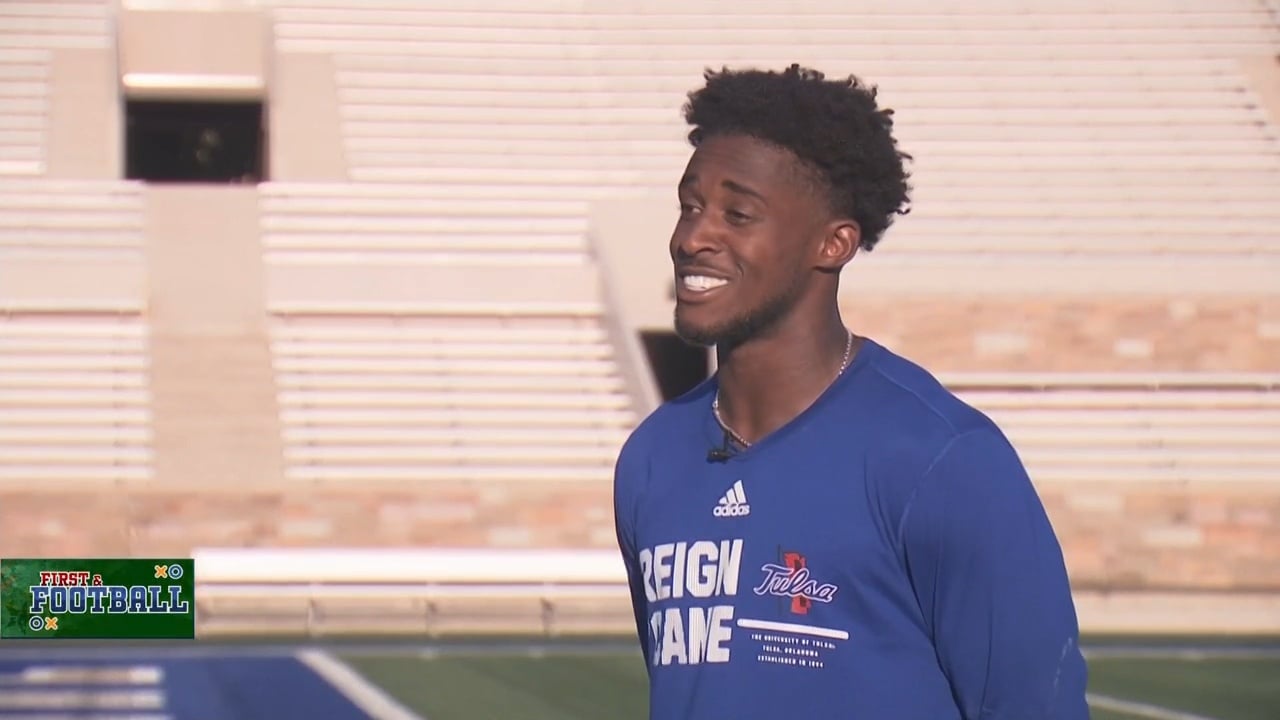 New faces fill the roster for the Tulsa Golden Hurricane in 2022. In all, there are 14 newcomers to last season's Myrtle Beach Bowl-winning squad -- 11 new transfers who joined TU this summer to go with the three who joined in the spring.

Wyoming is the first opponent for the Golden Hurricane, a 2:30 p.m. tilt Saturday in Laramie.

News On 6's Jonathan Huskey has a preview of who the playmakers might be this year for Tulsa.

Head coach Philip Montgomery said he's got a talented football team in 2022. Players like Davis Brin, Keylon Stokes, Kendarin Ray and Justin Wright are key members of the core of returning players. Along with an influx of new talent, hopes and confidence are high at 11th Street and Harvard Avenue.

"We're putting the pieces together," said Brin, Tulsa's quarterback. "We've had some really good scrimmages, practicing every day and getting better."

One of the new faces for TU is Isaiah Epps, a 2016 Jenks graduate who went to the University of Kentucky. After a promising freshman year, injuries stalled his progress. He's back in Green Country, eager to show the hometown crowd that he's still got it.

"I've always been hungry, but once I got here, I kind of realized that the role that I've been looking for has presented itself. So, I've just been attacking it head first and full on," Epps said.

Epps played in all 26 games as a freshman and sophomore. He seemed destined for a starting role as a junior, but a foot injury suffered in fall camp brought his momentum in Lexington to a halt. He missed the season and played just six games the following year.

"I never really got my good footing to where I wanted it to be, and I never fille that role of actually becoming a pivotal player that I was myself fulfilling," Epps said.

After averaging more than 15 yards per catch as a senior, Epps decided it was time to move on. And move home.

"There's nothing wrong with exploring new opportunities, and I've found a home here in my hometown of Tulsa, so it all worked out for the best," he said. "TU came into the picture, but I also kind of sought out TU. Once I started pondering the idea of portal, it make more sense to come home."

His addition helps strengthen a receiving corps that lost three of its top four receivers from a season ago.