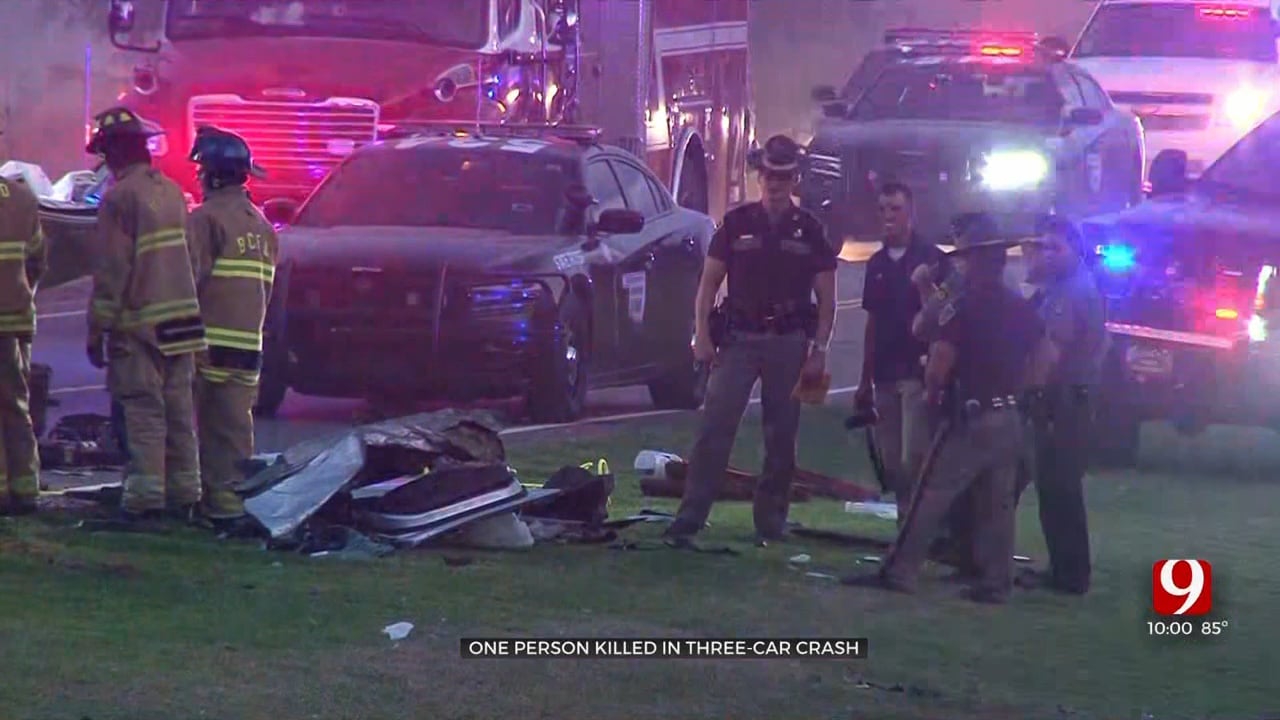 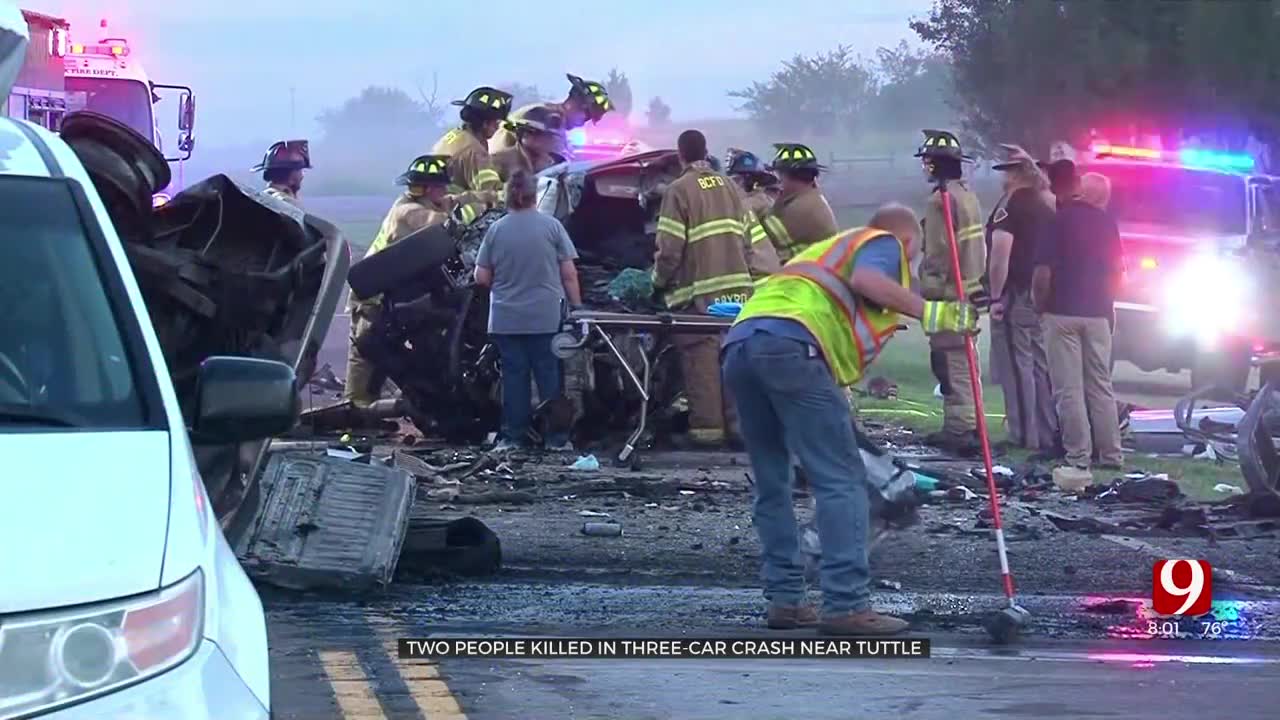 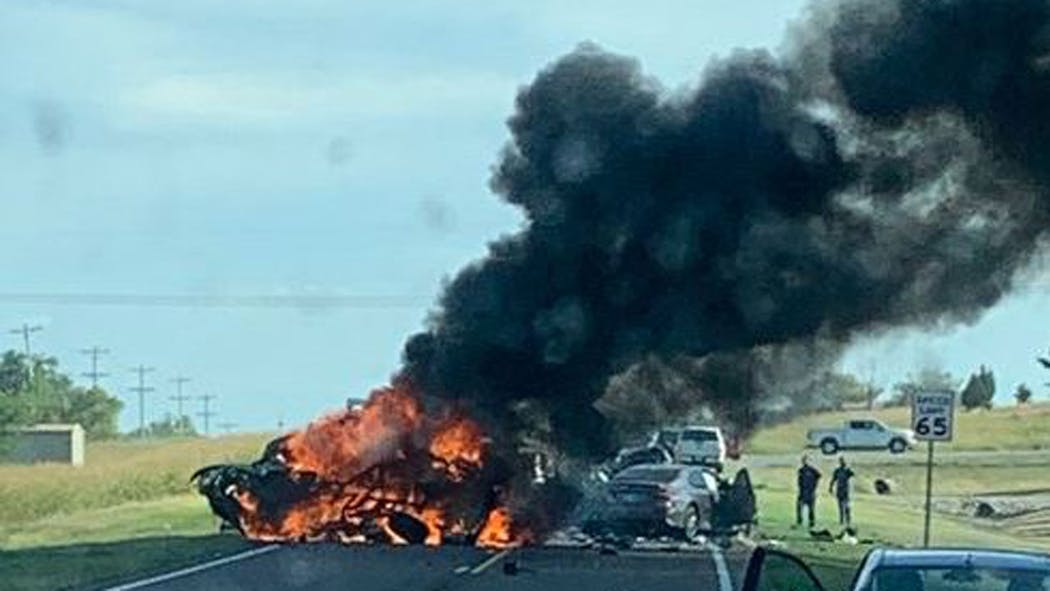 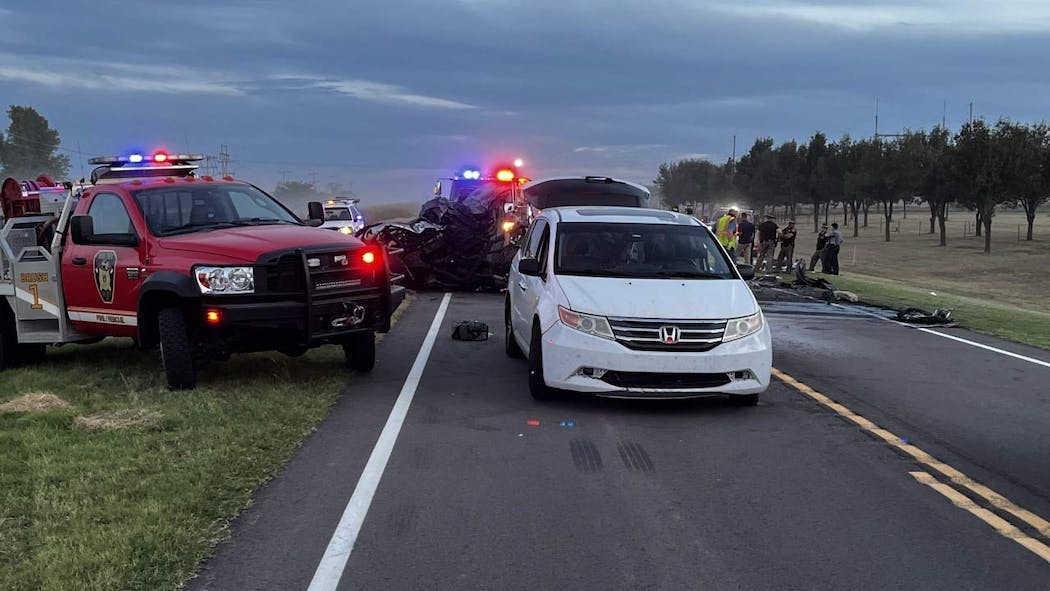 Two people are dead and another was injured following a fiery crash involving three vehicles Friday in Grady County, according to the Oklahoma Highway Patrol.

Troopers said a vehicle driven by Derek J. Thomas, 36, was heading northbound on State Highway 4 at a high rate of speed, while two other vehicles were heading southbound.

Thomas and one of the other drivers, 64-year-old Larry D. Ballinger, were pronounced dead at the scene by an Oklahoma State Medical Examiner.

The third driver, 39-year-old Shannon S. Burnside, was transported by a personally owned vehicle to OU Medical Center in Edmond and was treated and released with arm injuries, troopers said.

The cause of the crash is under investigation.