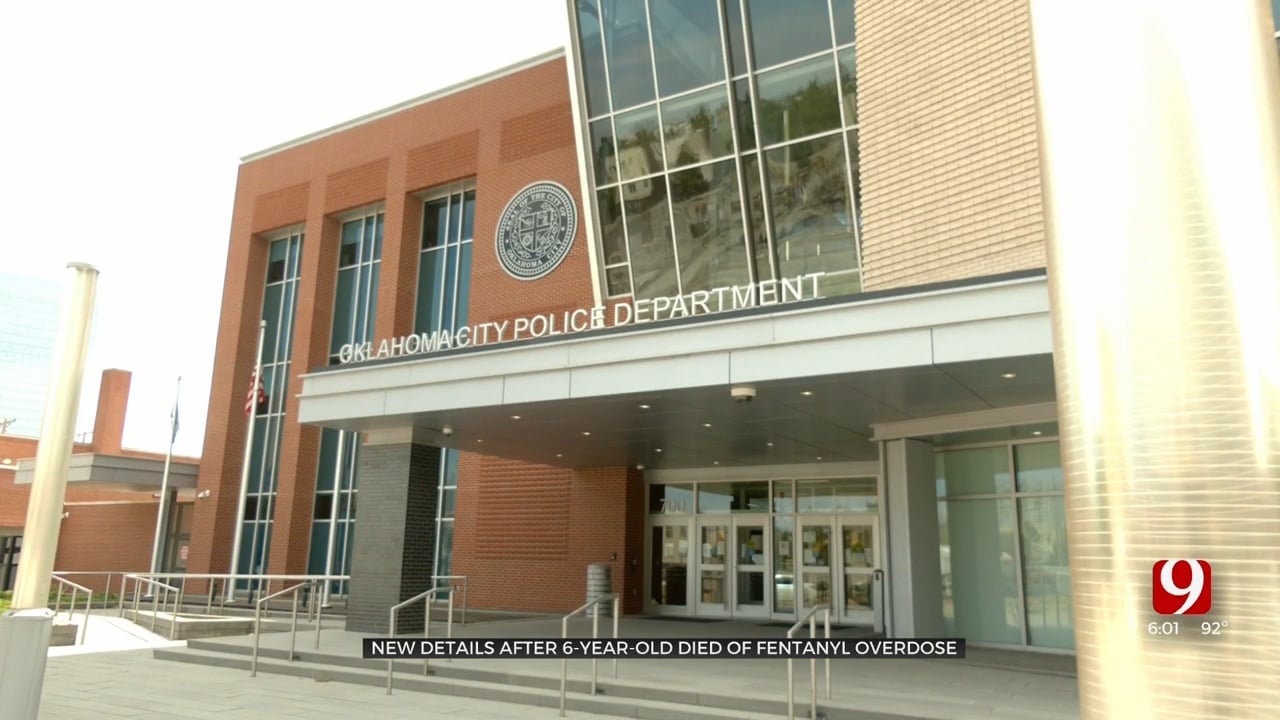 An Oklahoma City couple is facing second-degree murder charges following their son's fentanyl overdose. New information shows that the 6-year-old boy could have been dead hours before he was brought to the emergency room.

According to an affidavit, Harold Belton told police his son complained of stomach pains before bed on October 3, 2021. When Belton woke up between 2-3 a.m., he says his son was unresponsive.

Belton said the boy was unresponsive, had mucus coming out of his nose and mouth, and when he tried to pick him up, the boy’s head just drooped over.

However, Affidavits show Belton arrived at the hospital around 5:05 a.m.

The doctor who treated the child believes he could have been dead for up the three hours before getting to the ER.

Hospital staff also described Belton as being "aloof" and with no sense of urgency. The little boy's temperature was 91 degrees by the time he arrived at the hospital. Harold Belton and Grashaundra Brooks have been charged with second-degree murder after their son died from “toxic effects of fentanyl.”

"It was in October of last year that police responded to a local hospital here in the city, on reports of an unresponsive child," said Sgt. Dillon Quirk, with the Oklahoma City Police Department.

“It was discovered that the child had passed away from what was believed to be a fentanyl overdose," said Sgt. Quirk.

When police went to the home they said Grashaundra Brooks, the child's mother, refused to answer the door.

She was eventually coaxed out of the home along with three other children.

Police searched the home where they found three blue tablets in a pill bottle labeled for the victim's mother.

"There were pills found there that were consistent with fentanyl," said Sgt. Quirk.

Both parents later told police the boy possibly ingested something at the lake and that their children had been eating things off the ground.

During the almost one-year investigation, OCPD has worked with the DEA and Attorney General.

"I am very saddened by the tragic death of this 6-year-old boy,” said Attorney General O’Connor. “Fentanyl can be a deadly poison. Illegal fentanyl is affecting not only addicts, but the young and innocent as well. Simply put, these counterfeit pills kill people and destroy families. I appreciate the Oklahoma City Police Department and Drug Enforcement Administration for working with my office to ensure that those who illegally possess and sell fentanyl within our community are held accountable. We will continue to work with our law enforcement partners to protect all Oklahomans and prosecute those who violate the law.”

"Fentanyl overdoses killed 107,622 nationwide in 2021. While every life is priceless, the loss of a young child to this poison is sickening,” said DEA Special Agent in Charge, Eduardo A. Chávez. “DEA Oklahoma’s partnerships with the State of Oklahoma and local law enforcement agencies is key to holding all individuals and in this case, this child’s parents, ultimately responsible. We will continue our work to make Oklahoma a safer.

The investigation is ongoing, however, records show both parents have a history of drug-related arrests.